The Mother Of All Tax Bills

Rep. Charles Rangel (D-NY) has unveiled what he calls “the mother of all tax bills.”

The result would be a sizable “re-shifting” of the current tax burden which has been heavily criticized even among the wealthy as “tilted to the rich.”

According to an analysis by the Tax Policy Center, the shift would mean that those making $500,000 or more would see an increase in their tax bills while those making less would see a reduction. The most significant reduction would affect families making between $10,000 and $20,000; those in the $100,000 to $200,000 range would also see relief, presumably because of changes to the Alternative Minimum Tax (AMT). Rangel has proposed repealing the AMT.

The bill is not expected to pass (of course) but will serve as a platform for a debate on tax issues for 2008 and 2009.

Rangel has also offered a “patch” bill that would shield 21 million taxpayers from having to pay the AMT on their 2007 taxes. That bill passed the Ways and Means Committee but is expected to face stiff opposition from Republicans due to the offset measures to counter the $50 billion cost of the patch.

What do you think? Is a shift fair? Is Buffet right? 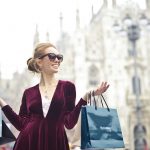 Warren Buffett Is Critical… Of The Rich?

So Exactly How Much Do You Want To Smoke?