When legislators across the country took steps to increase the tax on soda, many taxpayers shrugged their shoulders. After all, it’s just soda.

But now, now lawmakers are getting serious. They’re talking about increasing the tax on beer. (I know.)

And not just anywhere: the increase is planned for one of the microbrew capitals of the US: the state of Washington. Of course, that might explain why microbrews would be exempt from the tax.

Despite the increase in the beer tax, the revenue raised would merely dent the estimated $2.8 billion budget deficit in the state. So, also on tap is a *temporary* surcharge on service businesses – from state to state, service businesses are fair game this year, it seems.

Washington is also considering a *temporary* sales tax increase to 6.6% (up from 6.5%). And like Pennsylvania, the plan is to expand the sales tax base to include candy and gum – as well as bottled water.

One wonders how many times the legislature can use the word *temporary* to describe their tax packages before they all just grab their sides and bust out laughing… I think it’s a fair question.

At any rate, this bit of news raises several issues, not the least of which is whether the microbrew exemption can escape a legal challenge. I’m calling it now: expect at least one serious threat of a lawsuit over the constitutionality of such an exemption (it has protectionism written all over it).

A vote is planned for Friday and Senate Democrats believe they have enough votes to push the beer tax increase through, noting that beer is “discretionary.” But apparently only big-brand beer. I guess that makes microbrews a necessity? 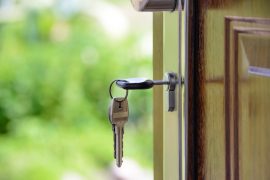