The hallmark of the Tax Cuts and Jobs Act of 2017 (TCJA) was supposed to be its simplicity. By eliminating the personal exemption amounts and doubling the standard deduction, the theory was that taxpayers would have a tax return that was so simple that it could fit onto a postcard. In the weeks and months following the TCJA, that postcard got a little bit bigger (you can see more on the postcard here). At the same time, the form W-4 got a little bit smaller. But, tax practitioners warn, smaller doesn’t mean easier. Simple, it turns out, is still hard.

Here’s what you need to know. In February, the Internal Revenue Service released an updated form W-4, Employee’s Withholding Allowance Certificate (downloads as a PDF). At the time, the IRS cautioned that if you need to make changes to your withholding for 2018, you complete the form W-4 and submit to your employer as soon as possible: You do not send the form W-4 to the IRS.

At the same time, the IRS advised taxpayers to take advantage of the new Withholding Calculator which reflects changes under the new tax law. (You can find the new withholding calculator on the IRS website here.)

“Withholding issues can be complicated, and the calculator is designed to help employees make changes based on their personal financial situation,” Acting IRS Commissioner David Kautter said. “Taking a few minutes can help taxpayers ensure they don’t have too little—or too much—withheld from their paycheck.”

In June, the IRS released a draft version of an updated form W-4—this one for 2019—on its website (downloads as a pdf). The draft has been met with criticism from tax professionals who suggest that the new “simple” form may not protect taxpayers from claiming the wrong withholding.
How simple is it? The form is, in fact, shorter than the existing form.

But like that postcard-size 1040, many of the changes are attributable to deleted lines that merely shift calculations to new schedules or that require the use of multiple versions of the form. For example, the “Two-Earners/Multiple Jobs Worksheet” has been eliminated and instead, the IRS advises that you complete a form W-4 for every job in the household. There are, however, no separate instructions advising about the potential impact on your withholding of holding more than one job or a double-income family where both spouses work.

Additionally, unlike the current form W-4 where you simply calculate the number of allowances to claim, the new form basically requires you to estimate gross income, deductions, and credits for the year. In other words, it’s almost a mini-version of your tax return—done in advance.

This is concerning for tax professionals. This summer, Jean C. Nelsen, president of the National Association of Enrolled Agents (NAEA), issued a letter to the IRS raising a number of issues. Nelsen warns that the current draft form “both increases complexity (by an order of magnitude) and, in many cases, decreases accuracy” for taxpayers.

The draft form W-4 instructions and accompanying worksheets—the easier, more straightforward version—actually clocks in at 11 pages. That is, writes Nelsen, “too long and too complicated.” To complete the form could take significantly more time as well since, as Nelsen points out “the taxpayer is directed to reference up to 12 other publications and forms.”

Nelsen also cites concern over privacy, since employees may not want to disclose certain information—like a side job—to their employer. Remember that forms W-4 are not submitted to the IRS: They are submitted to your employer for purposes of withholding.

(You can find out more about form W-4 here.)

So what’s the solution? According to Nelsen, the IRS should consider a return to the traditional method of claiming a simple number of exemptions based on the answers to plain-language questions. The NAEA also recommends that there be a single worksheet for all outside income and that the failure to provide enough information should be a default to “Single with 1 exemption” to prevent under-withholding.

You can read the NAEA letter in full here.

The American Institute of CPAs (AICPA) joined their tax pro colleagues in issuing a similar letter of concern. In her July 12 letter, Annette Nellen, chair of the AICPA Tax Executive Committee, called the form “unduly complicated,” noting that it “essentially requires taxpayers to calculate their tax liability.” Citing many of the same issues raised by the NAEA, Nellen suggests that the form should allow taxpayers a simplified method based on the standard deduction to estimate total gross income and that it include an alternative for taxpayers who do not want to provide total gross income on the form.

In addition to the potential privacy issues created by the form between employers and employees, the AICPA expressed concern that the detailed information “poses an increased identity theft security risk as information on this draft form is highly coveted by criminals filing fraudulent tax returns and loan applications.” Now, employers are tasked with keeping that information, including other personal information like taxpayer’s spouse’s wages, “safe and private for an indefinite period of time.”

You can read the AICPA letter in full here (downloads a PDF). 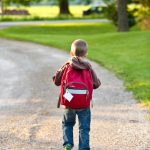