Last year, Ohio made news as the first state in the nation to accept tax payments using cryptocurrency. Less than a year later, the program has been suspended after accusations that it wasn’t properly vetted.

The program was initially hailed as a model for the rest of the country. Under the terms of the program, if you operated a business in the State of Ohio, you could register at OhioCrypto.com to pay your taxes. The cryptocurrency payments were processed by a third-party payment processor, BitPay, and immediately converted to dollars before being deposited into a state account.

(You can read more about the program here.)

That system, according to a new opinion from State Attorney General Dave Yost, was part of a number of potential failings with the program, including a failure to bid it out.

Today, the website at OhioCrypto.com remains shuttered. A notice advises:

OhioCrypto is currently suspended. More information can be found by clicking here. If you have questions, please email OhioCrypto@tos.ohio.gov.

Clicking through leads you to back to the Treasurer’s Office’s site, which offers further details on the takedown.

The program was touted as a game-changer by former Treasurer Josh Mandel. Mandel was elected Ohio Treasurer in 2010. He ran an unsuccessful Congressional campaign against Senator Sherrod Brown in 2012. He was re-elected as Treasurer in 2014 and made plans to again challenge Brown in 2018. He abruptly pulled out of that race last year and left the Treasurer’s office after his term ended in January 2019.

His successor, Robert Sprague, asked the Ohio Attorney General for a formal opinion on whether the payment method facilitated by the program’s third-party processor constitutes a “financial transaction device” under Ohio law. If it did, then by law (Ohio Revised Code §113.40), the contract for the processor must go through a formal procedure that includes approval from state officials and a request for bids from at least three financial institutions.

The Attorney General did take a look at the program. He found that OhioCrypto.com met the legal definition of a “financial transaction device.” Yost also found that the use of the program was not permitted, claiming that existing state law doesn’t extend to OhioCrypto.com. Yost said the process was basically akin to a currency exchange, finding, “The Treasurer’s use of a payment processor to convert cryptocurrency into dollars for the payment of taxes is not authorized, expressly or impliedly, by statutes allowing the receipt of electronic payments.”

(To read Yost’s opinion, which downloads as a PDF, click here.)

Sprague said, about the findings, “It is vital that Ohio explores innovative, new technologies and processes that continue to drive Ohio into the future. However, we must make sure any new processes that are implemented, such as OhioCrypto.com, are established in accordance with Ohio law.”

Sprague also noted that the program had not been popular: The state accepted fewer than ten payments. 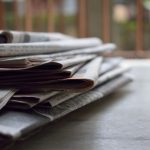 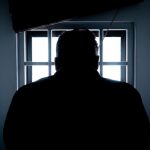