I finished a disappointing fourth place in this year’s Fantasy Football. Even worse: I was beaten by a 13 year-old. That might explain why I’m choosing to keep my money firmly in my wallet on Super Bowl LIV: No gambling for me. Luck is rarely on my side.

But millions of folks are willing to take their chances on Super Bowl Sunday. According to the American Gaming Association, roughly 26 million people – more than four times the population of Missouri – are expected to bet on the Super Bowl. That represents a 15% increase over last year and means that more than one in ten American adults will be betting on the game.

Those 26 million people are expected to wager approximately $6.8 billion on the NFL championship game between the Kansas City Chiefs and San Francisco 49ers. Bets are expected across the board: in gambling establishments, online, and living rooms between friends and family. And not everyone is doing it illegally: fourteen states now offer legal, regulated sports betting.

Most gamblers are choosing Kansas City to take home the Lombardi Trophy. Oddsmakers favor the Kansas City Chiefs by 1.5 points over the San Francisco 49ers. But wagers don’t start and stop with the winning team. Bets have also been placed on who will score first, the result of the first drive of the game, how many interceptions there will be, and how long it will take Demi Lovato to sing the word “brave” in the national anthem.

If you gamble for fun, you include your winnings as income on line 8 on Schedule 1 of your form 1040.

Someone who occasionally wagers, according to IRS (memo downloads as a PDF), is a casual gambler or one “not engaged in the trade or business of gambling.” If you’re wondering about the line between fun and business, the IRS uses a facts and circumstances test, noting “[l]ike any other taxpayer, a gambler has the burden of proving that his activities rise to the level of a trade or business.”

And here’s why that matters. While all gamblers have to report their winnings, casual gamblers may only deduct losses up to the amount of winnings as an itemized deduction on Schedule A at line 16, Other Itemized Deductions.

The deduction for gambling losses remains in place under the Tax Cuts and Jobs Act (TCJA). Miscellaneous deductions that exceed 2% of your adjusted gross income (AGI) were eliminated, but miscellaneous expenses not subject to the 2% threshold, like gambling losses, remain deductible. The amount that you can deduct on this line cannot be more than what you reported as income on line 8 on Schedule 1.

If you’re not sure how and where to report, consider trying out the IRS’ Interactive Tax Assistant. You’ll need:

When gambling is your trade or business, gambling-related income and expenses are reported on a Schedule C. You do not have to itemize to claim your losses. However, the TCJA modified the definition of “gambling losses” under section 165(d) of the Tax Code to include any deduction otherwise allowable in carrying on any wagering transaction. What that means is that taxpayers whose business is gambling can no longer deduct non-wagering expenses, such as travel to and from a casino, separately from losses. So, for example, a taxpayer with $10,000 in winnings may deduct up to that amount in combined losses and related expenses. This change applies to professional gamblers for the years 2018 through 2025. That’s a shift: Before the TCJA, professional gamblers could deduct travel and other costs related to gambling without regard to wins and losses (that was the rule previously confirmed by the Tax Court in Mayo v. Commissioner).

But most of us aren’t considered professional gamblers (and in my case, that’s best for everyone). Professional or not, if you plan to gamble—whether on Super Bowl Sunday or in a game of Texas Hold’em next weekend—keep excellent records. Your records should include the date and location where you were gambling, as well as the amounts and type of wager. That’s easy when you’re at the Sugarhouse Casino but a little more difficult when you’re with friends or office workers at your local bar. Consider writing those down in a notebook or capturing them on your cellphone so that you can present your tax pro with proof come tax time. Remember: Whether you’re cheering on the Chiefs in Vegas or fanning over the 49ers in your living room, the gambling and tax rules are the same. 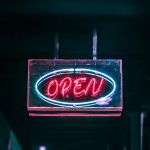