If you thought that last tax season got off to a sluggish start, you might be surprised at this year’s numbers. Though the Internal Revenue Service (IRS) opened tax season on time, initial statistics show that taxpayers aren’t lining up to file early returns.

And what about those tax refunds? Typically, taxpayers with simple tax returns who count on their tax refunds file early in the tax season.

Also up? Visits to irs.gov.

So what does the data tell us? This early in the filing season, not a great deal. All kinds of hunches have been floated around about reasons for tax filing delays – from confusion over tax extenders to the suggestion that a steady economy means there’s not a rush to file for refunds. Others point to the mandatory waiting period for some tax refunds and note that taxpayers may be adjusting their filing schedules accordingly: the IRS must wait until mid-February to begin issuing refunds to taxpayers who claim the earned-income tax credit (EITC) and the additional child tax credit (ACTC). That took taxpayers by surprise in 2017, but taxpayers may now be used to the delay and file a bit later as a result.

Whatever the reason, taxpayers don’t appear to be eager to file early in 2020. That could change. Tax season is just getting started: Tax Day is April 15, 2020, for most taxpayers. 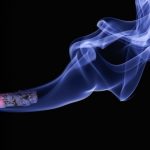 IRS To Injured Spouses: Your Stimulus Check Is In The Mail