It’s my annual “Taxes from A to Z” series! This time, it’s Tax Cuts and Jobs Act (TCJA) style. If you’re wondering whether you can claim home office expenses or whether to deduct a capital loss under the new law, you won’t want to miss a single letter.

B is for Bracket Creep.

Bracket creep is a term to describe what happens when more money pushes you into a higher tax bracket even though there’s not any improvement to your bottom line. In other words, having a higher paycheck can result in more taxes and no real movement in disposable income.

So, let’s assume you have taxable income of $160,000 as a single taxpayer. According to the Internal Revenue Service (IRS) tax tables, your tax rate is 24%. But that’s your marginal tax rate, or your top rate. For federal income tax purposes, every dollar that you make over $160,000 will be taxed at 24% until you hit the threshold for the next rate. But every dollar that you made from the first dollar was not taxed at 24%.

(You can find more on marginal rates here. For a quick primer on some of the different kinds of tax, click here.)

But that’s not what happens.

Of course, the argument is that you actually got more money, so you’re still better off, right?

But what if the creep wasn’t due to a bonus, but instead due to say, inflation? In that case, an increase in pay represents the fact that you’re paying more for housing, food, fuel, and other cost-of-living items. More pay could bump you into a higher tax bracket even though your overall bottom line hasn’t improved. On paper, it looks like a tax increase even if Congress hasn’t made a single change.

To address bracket creep and related issues, since the 1980s the Tax Code has required annual adjustments to certain tax items, like tax brackets, based on inflation. Typically, inflation is tied to the consumer price index (CPI). The CPI measures the cost of goods and services, sometimes referred to as the cost-of-living. As part of the TCJA, the “normal” CPI has been replaced with a “chained” CPI. The chained CPI measures consumer responses to higher prices rather than simply measuring higher prices. What that means for taxpayers—at least for now—is that inflation adjustments will appear smaller.

(You can find some examples of how the chained CPI works here.)

Without those adjustments, bracket creep due to inflation would increase tax burdens. However, reflecting the changes to cost-of-living items can take time and may not result in equilibrium for all taxpayers. It makes sense to review your tax picture—including your withholding and deductions—from time to time to see where you fall on the spectrum. In some cases, you can make adjustments to reduce your overall tax liability, even when bracket creep can’t otherwise be avoided.

For more Taxes From A To ZTM 2019, check out the rest of the series: 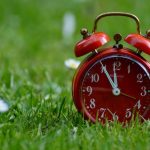