A California judge has dealt a blow to Facebook in its ongoing battle with the Internal Revenue Service (IRS), ruling that the social media giant does not have a right to move the matter to appeals. That means that Facebook’s tax case – focusing on allegations that it failed to report and pay taxes on $7 billion in income overseas – will not be heard in front of the IRS Appeals board, but in the United States Tax Court.

First, some background. In November 2011, the IRS began an audit of Facebook’s financials for 2008 and 2009. In January 2013, the IRS expanded the examination to include an additional year: 2010. According to court documents, Facebook produced thousands of pages of documents in response to more than 200 IRS requests. The audit largely targeted agreements between Facebook Inc. and Facebook Ireland transferring worldwide business rights to intangible assets said to be worth approximately $7 billion. At issue: the IRS was trying to determine whether Facebook’s outside accountants, identified in court documents as Ernst & Young, undervalued those assets.

That’s exactly what Facebook did. The company filed a petition with the Tax Court on October 11, 2016 (Docket No. 021959-16). Facebook wanted a redetermination of its tax deficiency, or in more simple terms, Facebook did not agree that they owed what the IRS claimed they owed. Perhaps more important, Facebook was concerned that while the Notice applied only to the 2010 tax year, the IRS explicitly stated that it would apply the position for future tax years. In a 2016 filing with the United States Securities and Exchange Commission, Facebook warned: “if the IRS prevails in its position, that could result in an additional federal tax liability of an estimated aggregate amount of approximately $3.0 – $5.0 billion, plus interest and any penalties asserted.”

Facebook also moved to take its tax case to IRS Office of Appeals (“Appeals”). Appeals is an independent office within the IRS that acts sort of like a form of alternative dispute resolution – the goal is to resolve matters outside of court where practical. However, on March 16, 2017, the IRS sent a letter to Facebook stating that it would not to transfer the case to Appeals. Facebook balked at the decision and filed an action in U.S. District Court to force the IRS to take the matter to Appeals.

As part of its case, Facebook claimed that it had an enforceable right to Appeals based on the Taxpayer Bill of Rights, which was signed into law as part of the Protecting Americans from Tax Hikes Act of 2015 (“PATH Act”). In other words, Facebook argued that IRS was legally required to try and resolve the matter outside of court at Appeals. The IRS disagreed.

The court held a hearing on the matter on April 19, 2018. This week, Judge Laurel Beeler ruled that “Facebook does not have an enforceable right to take its tax case to IRS Appeals or to compel the IRS to do so.” And, since the right did not exist, Facebook wasn’t harmed by the IRS refusal to move to Appeals. In the legal world, typically no harm equals no legal standing (your right to be heard on the matter in court). Since Facebook lacked standing in the matter, the court granted the IRS’ motion to dismiss the case with prejudice; that means that the decision is final and that Facebook cannot simply try again on the same issue. The case is Facebook, Inc. and Subsidiaries v. Internal Revenue Service, et al. (Case No. 17-CV-06490-LB). An email directed to attorneys for Facebook seeking comment was not returned.

This ruling doesn’t mean that Facebook has lost its tax case. Legal distinctions matter, and what happened here was procedural. This was a blow to Facebook’s efforts to avoid going to court. But the underlying tax case? That case – the one that Facebook filed in Tax Court challenging the tax assessment – is set for a hearing at the Court’s August 21, 2019, San Francisco, California Special Trial Session. 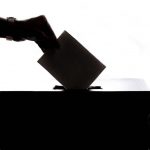 It’s Time For A Checkup On Your Taxes