Chances are that you bought something online this week. Online retailers took in more than $409 billion in sales last year and that number is expected to keep growing, surpassing the half-trillion mark by 2019. With those kinds of dollars, it’s no wonder that state and local governments have become more aggressive in the crush to collect sales and use taxes on online purchases. As retailers pushed back, the question of what’s fair game became more important. Today the Supreme Court offered an answer: States have broad authority to require online retailers to collect sales taxes.

Collecting sales tax on online purchases has been a controversial subject for years, and the latest Supreme Court decision clearly reflects that things are still not completely settled. The vote was a slim 5-4 decision, with Justice Kennedy writing for the majority together with Justices Thomas, Ginsburg, Alito, and Gorsuch.

Justices Thomas and Gorsuch also filed concurring opinions. A concurring opinion is more or less an opportunity to explain a position. In other words, “I agree with you mostly, but I have something else I have to say.” And Justice Thomas’ concurrence? It’s a doozy. He initially voted yes in Quill. Today, however, he writes about Justice White’s Quill dissent, “I should have joined his opinion.”

Chief Justice Roberts filed the dissent. He was joined in the dissent by Justices Breyer, Sotomayor and Kagan.

Here is the issue. Companies which make sales over the internet are still subject to the same sales tax collection requirements as so-called brick and mortar stores. Generally, the test is whether the company has a physical presence in that state: If a company has a physical presence in a state, they are required to collect and remit sales taxes. The test is the result of 25-year-old Supreme Court ruling in Quill Corp. v. North Dakota (91-0194), 504 U.S. 298 (1992). In Quill, the Supreme Court specifically examined the differences between the “minimum contacts” nexus required by the Due Process Clause and the “substantial nexus” required by the Commerce Clause. In Quill, the Court ruled that only those companies with a physical presence inside a state can be required to collect sales tax, “continuing value of a bright line rule in this area.”

Nexus is a legal term for a connection. It’s important in the tax world because, under the Constitution, states must establish a connection between a taxpayer and the state in order to impose taxes. With respect to brick-and-mortar stores, that’s pretty easy: Are you physically located in the state or not?

But the advent and growth of internet sales have complicated the issue. Every state that imposes a state sales tax also imposes a state use tax. A use tax is the taxpayer’s equivalent of the sales tax. It’s imposed on goods that would otherwise be taxable inside a state for “use, storage, or consumption” when sales tax has not been paid. In other words, if you buy something that wasn’t taxed when you live in a state which does impose a sales tax, you owe the tax anyway. For example, if you buy something over the internet from a retailer who isn’t required to collect the sales tax, you may still owe the tax to your state. Instead of paying the tax to the retailer (as you would in a physical store), it becomes your responsibility to figure and remit the tax to the proper authorities.

Relying on individual taxpayers to calculate sales taxes on their online purchase is not efficient. As states become increasingly aware of the amount of lost revenue, they have been looking for better ways to collect and have increasingly settled on demanding that retailers be responsible for figuring and remitting the tax.

In 2016, Colorado successfully passed a law requiring retailers to report more information about sales. In 2017, Amazon began collecting sales tax in all 45 states with a sales tax (Amazon doesn’t collect sales tax in Alaska, Delaware, Montana, New Hampshire, and Oregon since those states do not have a state sales tax). That same year, Massachusetts initially asserted that internet cookies, or data files stored on your computer by a Web browser, constituted tangible personal property—and presence—for purposes of sales tax; the state backed off that position after a lawsuit was filed challenging the stance as “unconstitutional on its face.”

As the states scrambled, it became increasingly clear that the Supreme Court would step in—and they did, agreeing to hear South Dakota v. Wayfair, Inc., Overstock.com, Inc., and Newegg, Inc. on the question of whether the current sales-tax-only, physical-presence requirement should stand. Or, in simple terms, should the Supreme Court kill Quill?
Even before the decision, Max Behlke, director of budget and tax at the National Conference of State Legislatures, referred to Wayfair as the “tax case of the millennium.” It appears he was correct.

The Supreme Court did kill Quill, with Justice Kennedy writing for the majority:

In National Bellas Hess, which predated Quill, the Court held that a “seller whose only connection with customers in the State is by common carrier or . . . mail” lacked the requisite minimum contacts with the state to be subject to collect a sales tax. If a retailer maintained a physical presence in a state, that changed the equation. Physical presence was enough of a connection to establish nexus, and that meant that the activity could be taxed. In Quill, the Court affirmed that principle.

In Wayfair, Court acknowledged that the physical presence rule has long been criticized as giving out-of-state sellers an advantage. And, the Court noted, Quill put local and interstate businesses with a physical presence—those brick-and-mortar stores—at a competitive disadvantage relative to remote sellers. And as the world has changed, especially as it applies to technology, the rule has become “further removed from economic reality.” When Quill was decided, for example, less than 2% of Americans had access to the internet. Today? You’re probably reading this from your computer, or more likely, your phone.

The reality, Justice Kennedy wrote, is that “Quill is flawed on its own terms.” The physical presence rule is not a “necessary interpretation” of the substantial nexus requirement. Instead, “Quill creates rather than resolves market distortions”—a result that the Court has consistently tried to avoid. Allowing out-of-state retailers to skirt collecting sales tax results in “a judicially created tax shelter for businesses” and creates an incentive to avoid physical presence in multiple states. And the rule presents an “extraordinary imposition” on the ability of states to collect sales tax revenue.

But … but … but. … It’s the law, right? What about stare decisis? Stare decisis is Latin (because you know we lawyers like Latin) for “to stand by things decided.” What it means is that prior decisions should be respected and generally followed, even if the decision isn’t necessarily sound. Typically, the Supreme Court defers to its own past decisions. The idea is that government, especially the judiciary, should be relatively stable and predictable.

Nevertheless, the Supreme Court broke with precedent here. Calling Quill “no longer a clear or easily applicable standard” the majority found that “arguments for reliance based on its clarity are misplaced.” The prior rule was, the majority ruled, both artificial and anachronistic—and that was enough to overturn it.

A considerable portion of the dissent written by Chief Justice Roberts focused on precedent, stating “[i]f stare decisis applied with special force in Quill, it should be an even greater impediment to overruling precedent now.” Justice Roberts noted, perhaps wryly, that “Whatever salience the adage ‘third time’s a charm’ has in daily life, it is a poor guide to Supreme Court decisionmaking.” Instead, he wrote, the Court proceeded with “an inexplicable sense of urgency.” That feels like an admission that it’s a done deal.

But just in case you thought that the sales tax struggle was over, here’s your Avengers-worthy cliffhanger: It’s long been the concern that requiring small businesses to comply with sales tax rules all over the country could be burdensome. The Court acknowledged as much in Wayfair but noted that there may alternatives in place to reduce the load. That still doesn’t resolve all of the potential issues, however, causing Justice Kennedy to add:

These issues are not before the Court in the instant case; but their potential to arise in some later case cannot justify retaining this artificial, anachronistic rule that deprives States of vast revenues from major businesses. [emphasis added]

So, maybe Wayfair: The Sequel is next? Expect more to come.

You can read the majority opinion, together with the concurring opinions and the dissent here (downloads as a PDF). 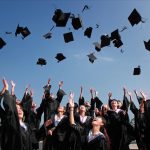