At least once a week, I get an email asking me about whether I think that President Obama will launch a national sales tax as part of tax reform efforts. My answer? Nope. I’ve said before that I think tax reform is an enormous undertaking and, let’s face it, with a struggling economy and health reform issues in the mix, the President has a bit much on his plate. Besides, it’s a significant election year – it would never get pushed through Congress.

Of course, that doesn’t mean they’re not thinking about it.

Rumors have been swirling fast and furious ever since Paul Volcker suggested that the administration take a second look at a value-added tax. And while the administration dismissed Volcker’s claims that raising taxes is necessary in order to get the deficit under control (as if we care about the deficit – it’s not like it’s real if we don’t see it, right?), it has been widely reported that President Obama’s economic team had calculated the impact of a 5% value-added tax.

Obama’s team says that they didn’t do it, with White House Press Secretary Robert Gibbs saying, “The president has not proposed this idea nor is it under consideration.”

As for those numbers? They are, according to the White House, “widely and publicly available” from other analysts. That part is true: last year, William Gale, a senior analyst at the Brookings Institute suggested that a VAT of 15-20% would eliminate the fiscal gap (downloads as a pdf). Since then, other fellows (including more at Brookings) have touted similar findings.

It’s worth noting that despite the tendency from the media – and even the White House – to use the phrases “national sales tax” and “value added tax” interchangeably, they are not the same thing. A national sales tax is a tax typically tacked onto the end of a sale of goods or services, much like state and local sales taxes are imposed now. A value-added tax is similar in that it’s a consumption tax but, unlike a sales tax, it’s collected at every stage along the production chain.

Think about it this way: when you buy something at the store, you pay one price for the item, plus applicable sales tax. You buy a pair of new Jimmy Choos, you pay sales tax to the retailer. The retailer submits the tax to the government. Voila, traditional sales tax.

Those who favor the VAT suggest that spreading the collection of tax out over a number of sources might reduce the potential for fraud – which means more taxes collected, less tax gap.

Opponents of the VAT claim that the taxes are ultimately passed along to the consumer which means that since the burden is carried by the consumers at the same rate, it’s regressive. The same rate of tax affects consumers with varying income levels in different ways: a 10% tax rate on necessities affects lower income taxpayers more dramatically than it does upper income taxpayers.

But does any of the discussion even matter? Despite the VAT making headlines as a means of deficit-reduction, it’s a non-starter for 2010. Last week, 85 Senators went on record as opposing the VAT with a non-binding vote introduced by Sen. John McCain (R-AZ): Expressing the sense of the Senate that the Value Added Tax is a massive tax increase that will cripple families on fixed income and only further push back America’s economic recovery and the Senate opposes a Value Added Tax. A similar measure in the House has been referred to the Ways and Means Committee. 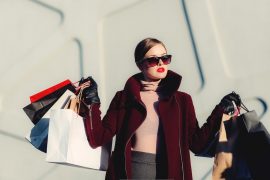