Lying about your income is Tax Fraud 101. You’d expect taxpayers to understate their income to avoid paying tax, but a surprising number of taxpayers inflate their income to obtain fraudulent refunds. Typically, those schemes focus on refundable tax credits, which can garner tens of thousands of dollars in refunds. But what happens when taxpayers lie to collect tens of millions of dollars in refunds? That’s exactly what federal prosecutors allege happen in a plot to trick the Internal Revenue Service (IRS) into shelling out $175 million in false refunds – but the IRS didn’t catch on until after they had refunded over $3 million.

According to court documents, 35-year-old Danielle Edmonson and 51-year-old Kenneth Edmonson began filing bogus tax returns in 2015. Danielle filed a tax return for the 2014 tax year, claiming a refund worth $239,700. She attached several fraudulent handwritten forms from entities the U .S. Treasury and Citibank as proof that she had paid over $300,000 in taxes. Based on that return, the IRS issued Danielle a U.S. Treasury check for $239,700. She allegedly deposited the check and used the proceeds to buy a $53,000 BMW; she also withdrew $60,000 in cash.

Emboldened, Danielle filed a similar return in the following year. This time, she claimed she paid $141 million in taxes from winning the lottery and, as a result, was owed $80,112,167. She again attached fraudulent forms. This time, the IRS was suspicious – and turned her down.

That didn’t stop Danielle. She tried again, filing a 2016 tax return in September 2017. She filed a false tax return claiming that she was due a refund of $2,405,073. Remarkably, the IRS approved her request, taking on a few extra dollars. Video surveillance shows that Danielle deposited a check worth $2,405,193 in her bank.

Also, in 2017, Danielle’s father, Kenneth Edmonson, tried his hand at securing a refund. Kenneth filed a tax return for the tax year 2016, seeking a refund of $725,111. In January of 2018, the IRS issued a tax refund check to Kenneth for $734,266.27 (including $9.036.27 in interest). Kenneth deposited that money into his account at Wells Fargo, and ten days later, the IRS paid him a visit. After they left, Kenneth went back to Wells Fargo and attempted to withdraw the money.

On April 2, 2019, the Department of Justice announced charges against Danielle Edmonson and Kenneth Edmonson. Danielle responded with several handwritten notes presented as motions claiming that she was an “aboriginal indigenous Moorish American national.” She has also claimed in court filings that she is “the law.” She has demanded her immediate release and an additional $100 million for a “tort injury fee for my private property (my body)” and other alleged damages totaling close to $400 million. She also claimed that “IRS is not a government agency and [sic] but a mere debt/accounting firm/agency.” She also claimed to be a sovereign citizen not subject to U.S. jurisdiction. Federal courts and federal agencies, including the Department of the Treasury, have consistently rejected claims from sovereign citizens.

For more, you can refer to this fact sheet on the Sovereign Citizen Moment prepared by the Treasury Inspector General for Treasury Administration (TIGTA) or Rev. Rul. 2007-22 (both download as PDF).

Court proceedings began on December 16, 2019, and a verdict is expected before the holidays. 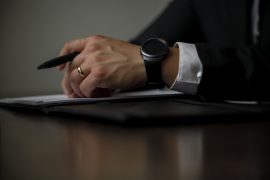 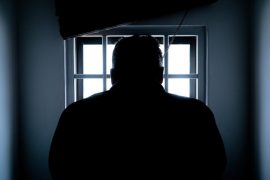