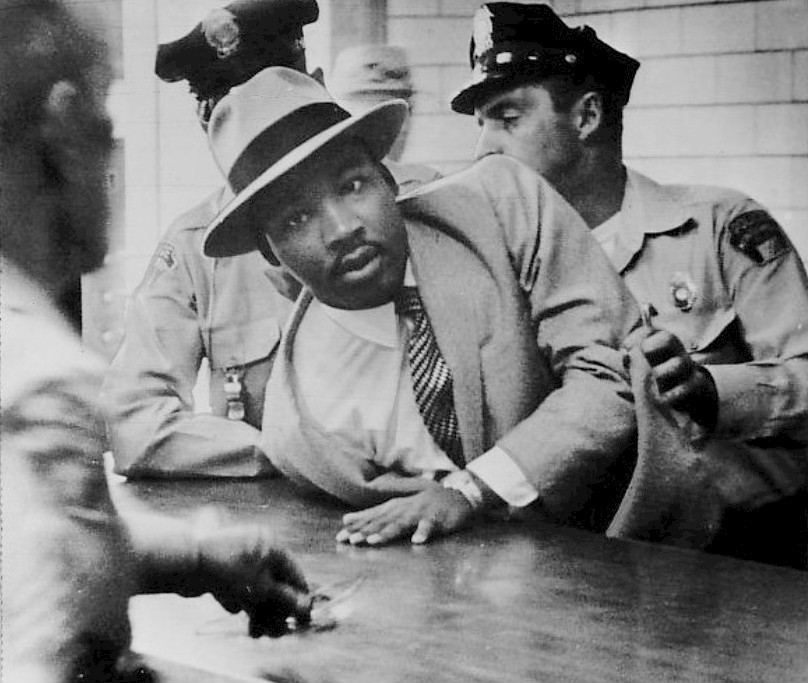 More than 50 years ago, Dr. Martin Luther King, Jr., a leader in the civil rights movement, was on the receiving end of repeated harassment by tax authorities. Inquiries into Dr. King’s finances were not new: He was investigated in two separate states (Georgia and Alabama) on numerous occasions and together with his legal team and members of the Southern Christian Leadership Council (SCLC), Dr. King was repeatedly investigated by the Internal Revenue Service (IRS).

It was clear to many of his supporters that Dr. King was targeted because of the color of his skin and the words that he dared to speak about inequality. In 1960, he made news as the first person ever criminally charged in the state of Alabama on tax fraud (you can read the statement issued “Committee to Defend Martin Luther King, Jr.” accusing the state of Alabama of falsely distorting Dr. King’s 1958 income tax return in an attempt to indict him here).

After his indictment, Dr. King was asked by a reporter, “Have your income tax returns been investigated before?” He replied, “Oh yes, they have been investigated two or three times before. This is nothing new.” The case would eventually go to trial.

On today, Martin Luther King Jr. Day, as I always do, I am reposting an article that I wrote years ago about that trial and the legal profession. You might have seen it before: it remains one of my favorite posts to this day. Enjoy!

—
I’ll be frank. I don’t always love being a lawyer.

You see, on TV, none of the lawyers lied to Perry Mason over the phone about being amenable to a continuance and then told the Clerk of Court differently. Nobody faxed Perry Mason a witness list the day before a hearing along with evidence that they “forgot” to send prior. A lawyer didn’t claim proper service on Perry Mason and then fail to deliver the notices to his law offices. You never saw a lawyer represent clients who had sent Perry Mason death threats via email in an attempt to assert that Mr. Mason was the one being unreasonable. You didn’t see cases drag on for years and years (yes, plural) because counsel just couldn’t get it together enough to resolve the matter. On TV, no matter how dire, how dramatic, there was ultimately justice.

But the getting there? The games? The complete lack of professionalism exhibited by opposing counsel? Lying about continuances? Surprise witnesses? Last-minute evidence? Maybe that seems exciting on TV, but in real life, it’s not exciting. It’s sickening. It’s stressful. It’s not fair to good lawyers who spend their time crafting a case. It’s not fair to clients who don’t know what to expect in the courtroom. And yet somehow, month after month, this behavior doesn’t seem so unusual.

And as opposing counsel sat in her chair in her too-tight blouse with the clickety-click of her little heels on the floor, the same counsel who called my clients’ claims frivolous, the same counsel whose supervising partner at Big Law Firm once commented to me that she didn’t understand why a small firm like mine would go up against a big firm like hers, I thought about why we were all at that place, how it all happened that we were in the same room believing two different versions of the truth. I couldn’t explain it.

Later that same day, while reaching for my Moscow Mule (yes, my favorite cocktail du jour, even before Rachael Ray put it in her magazine last month – grr) at the Union League, I understood why the partner at my former firm kept a bottle of wine in his desk: the pressure of being a lawyer, the pressure of having to win, it’s a lot to take in. And while other professions can often look to each other for reassurance, we don’t really have that in the legal profession with few exceptions. It is, by its very nature, adversarial. It is competitive. It is cutthroat. And me? I am not. Of course, I like to win. I like to think that I am good at it. And then maybe I think that’s not something to be particularly proud of.

And so I tried to think of when that happened last – when justice was actually done. Not when I won a case or when I got a client out of trouble – that happens often enough. But remember, winning and justice aren’t the same thing. I had to think for a while.

Later, I was preparing to write a post about Martin Luther King, Jr. Day. I figured I’d just put up a copy of his famous “I Have A Dream” speech and call it a day. But as I researched, I found part of his autobiography which, I will confess, I had never read in full. And I saw something interesting: I knew that Dr. King had been arrested several times for various accusations, but I didn’t realize that he had been on trial for tax evasion.

And something quite remarkable happened. On May 28, 1960, only after a few hours, Dr. King was acquitted by an all-white jury in Montgomery, Alabama (statement downloads as a PDF).

Taxes & The Road To American Independence