Does the President have to pay income tax?

I get that question a lot. And this week, I also received this question:

Does the President pay income taxes to every state he visits on official business? This question occurred to me because of the pending Mobile Workforce legislation. Also, is withholding taken out of his paycheck for all of those states?

Absolutely! Presidents report and pay taxes just like you and I do. In fact, you can view a number of presidential federal income tax returns (including the last round of candidates for office) at the Tax Analysts Tax History Project.

The President is paid an annual salary of $400,000. He’s also entitled to live at the White House, complete with staff and facilities. Transportation perks include two airplanes (referred to as “Airforce One”); a Marine Corps helicopter (“Marine One”); and an armored presidential limousine.

The first presidential salary was $25,000 per year, but George Washington refused to accept it. John F. Kennedy is said to have donated his salary to charities.

As to the second question, the answer is no. Most politicians who work in Washington, DC actually pay tax in their home state; as members of Congress their primary residence remains in their home state, not in DC. This has caused quite a hullaballoo in years past with many politicians claiming residency in their home state but also “enjoying” (illegally, as it turns out) a homestead exemption for residences in DC. Rep Charles Rangel (D-NY) and Karl Rove have both been investigated for claiming the exemption in recent years; in 2005, 22 senators were have said to receive the exemption.

That said, the rule in most states is that you must report and pay taxes associated with either residency or sourced income. Clearly, if the President (or any other politician) is just visiting a state, he (or she) would not meet the residency requirements. And while the President is arguably working when he visits other states, he’s not receiving income sourced from those states – he’s paid by the federal government. If, however, the President stopped in and did a shift at a local McDonald’s for pay, then he would be subject to tax in the state where the McDonald’s is located. 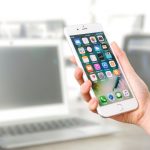