Everyone agrees that tax refund fraud is a real problem. The challenge, however, has been in finding a solution that effectively curbs fraud without making life difficult for honest taxpayers. As part of those efforts, the Internal Revenue Service (IRS) has made a number of changes over the past few years, including new controls over Individual Taxpayer Identification Numbers (ITINs) which took effect in 2013 and 2014. This week, IRS announced additional changes to help taxpayers comply with revisions to the ITIN program made under a new law, the Protecting Americans from Tax Hikes (PATH) Act, which was passed by Congress in December of 2015.
ITINs are numbers assigned to taxpayers who are not eligible to obtain Social Security Numbers. Social Security Numbers are generally assigned to U.S. citizens and those noncitizens who are authorized to work in the United States by the Department of Homeland Security. Social Security Numbers and ITINs are intended to be used only for tax and benefits purposes but as banks, schools and insurance companies use them as identification numbers, more and more folks want them for non-tax purposes: only a quarter of ITINs assigned since the program began in 1996 have been used to file tax returns.
Under the new law, ITINs that have not been used on a federal tax return at least once in the last three years will no longer be valid for use on a tax return unless renewed by the taxpayer (this is a departure from the “once in the last five years” rule from 2013). In addition, ITINs issued before 2013 that have been used on a federal tax return in the last three years will need to be renewed starting this fall. The IRS is putting in place a rolling renewal schedule to assist taxpayers (keep reading for me).

If you hold an ITIN, you need to renew if one of the following applies:

If you hold an ITIN and typically don’t need to file a tax return, you don’t need to take any action. If you’re wondering whether that applies to you, here’s what you need to know about filing a return in 2016.
“The ITIN program is critical to allow millions of people to meet their tax obligations,” said IRS Commissioner John Koskinen. “The IRS will be taking steps to help taxpayers with these changes, and we’re designing this effort to minimize the burden as much as possible. We will be working with partner groups on an outreach effort to share information about these changes to ensure people understand what they need to do in advance of next year’s tax season.”
If you need to renew your ITIN, you can do so beginning on October 1, 2016. To renew an ITIN, you must complete a federal form W-7, Application for IRS Individual Taxpayer Identification Number (form downloads as a pdf but note that IRS will be updating the form in September). To reduce the burden on taxpayers, the IRS will not require you to attach a tax return when submitting you form W-7 (as you must otherwise do when applying) but you will need to attach any other required documentation.
Pay attention to the required documentation since some of the rules have changed. Specifically, beginning October 1, 2016, the IRS will no longer accept passports that do not have a date of entry into the U.S. as a stand-alone identification document for dependents from countries other than Canada or Mexico or dependents of military members overseas: you will now be required to submit either U.S. medical records for dependents under age six or U.S. school records for dependents under age 18, along with the passport. Dependents aged 18 and over can submit a rental or bank statement or a utility bill listing the applicant’s name and U.S. address, along with their passport.

You can mail your completed form W-7 to the IRS address listed on the form (identification documents will be returned within 60 days); use an IRS authorized Certified Acceptance Agent or Acceptance Agent around the country, or call and make an appointment at an IRS Taxpayer Assistance Center.
The IRS is also offering a family option for ITIN renewal. If any individual in the family receives a renewal letter from the IRS, you can choose to renew the ITINs of all of your family members at the same time rather than doing them separately over several years. For this purpose, family members include the taxpayer, the taxpayer’s spouse, and any dependents claimed on the taxpayer’s tax return.
To ensure a smooth filing season, the IRS is trying to make taxpayers aware of these changes now. “We encourage people who need to renew their ITINs to plan ahead and take action this fall to avoid issues when they file tax returns in early 2017,” Koskinen said.
(For more about TINs, generally, including ITINs, click here.) 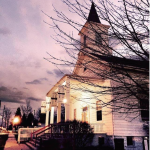 Brewery Plans To Use Crowdfunding To Attract Investors

I Received Those IRS Lawsuit Calls, Too: Scammers Don't Discriminate