Worried about your tax refund during the government shutdown? The White House Office of Management and Budget says that tax refunds will be paid even if the federal shutdown drags on through the filing season.

Traditionally, the Internal Revenue Service (IRS) has not issued refunds to taxpayers while the government is shut down. That appeared to be the case this time when the Department of Treasury posted its Lapsed Appropriations Contingency Plan for the IRS last month. That plan, which noted that tax refunds would not be issued, described the actions and activities following a lapse in appropriations through December 31. (You can read more here.)

However, today acting director of the White House Office of Management and Budget, Russell Vought, declared, “Tax refunds will go out.”

It is unclear how that might happen and how that might impact other IRS operations. Despite signals that the IRS might issue an updated contingency plan last week, no update has appeared on the site.

The due date for the 2019 filing season remains April 15, 2019, for most taxpayers. However, taxpayers who live in Maine or Massachusetts will have until April 17, 2019, to file their federal income tax returns. (You can read more here.) 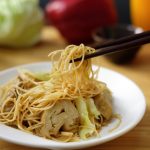 IRS Has More Than $1.5 Billion In Unclaimed Tax Refunds