The Treasury Department and the Internal Revenue Service have announced that they have distributed more than 152 million Economic Impact Payments, sometimes referred to as stimulus checks. The payments total nearly $258 billion, with an average payment of $1,695 (that’s roughly the value of a check for a single adult and a child).

“Economic Impact Payments have continued going out at a rapid rate to Americans across the country,” said IRS Commissioner Chuck Rettig. “We remind people to visit IRS.gov for the latest information, including answers to the most common questions we see surrounding the payments. We also continue to urge those who don’t normally have a filing requirement, including those with little or no income, that they can quickly register for the payments on IRS.gov.”

Included in the announcement were updated state-by-state figures.

Not surprisingly, California received the most payments (16,869,636): it is the largest state by population. The top five states to receive payments followed population trends with Texas, Florida, New York, and Pennsylvania in line behind the Golden State.

On the other end of the spectrum, states also mostly followed population trends with Wyoming, the District of Columbia, Vermont, Alaska, and North Dakota receiving the least amount of checks.

You can see how all of the states fared here:

If that’s tough to read, you can view it on Scribd (or click the link at the top for the IRS announcement).

My guess is that many of those in high-density areas, like D.C. and New York, were likely phased out of the higher checks. Phaseouts are based on adjusted gross income (AGI), but AGI does not reflect the cost of living, nor taxable income (it’s your income before your standard or itemized deductions).

The checks were sent out to mitigate the impact of the COVID-19 pandemic. As of today, Johns Hopkins University puts the total number of U.S. cases at 1,662,768, with 98,223 deaths. By total numbers, the states which have been most impacted by the pandemic are New York, New Jersey, Illinois, Massachusetts and California.

The IRS plans to continue to send out payments throughout the year. Payments are automatic for people who filed a tax return in 2018 or 2019, receive Social Security retirement, survivor or disability benefits (SSDI), Railroad Retirement benefits, as well as Supplemental Security Income (SSI) and Veterans Affairs beneficiaries who didn’t file a tax return in the last two years. For those who don’t receive federal benefits and didn’t have a filing obligation in 2018 or 2019, visit the Non-Filer tool at IRS.gov to register. 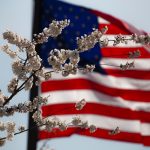 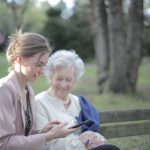 What You Need To Know About Social Security Retirement, SSDI and SSI Benefits

How To Save (And Spend) A Lump Sum Of Money, Including Your Stimulus Check