Even with the plea, he still faces up to 25 years in prison and $1 million in fines – and that’s assuming there are no more charges. Pearlman was arrested last year in Bali after allegedly fleeing the US to escape a mounting investigation.

Pearlman has agreed to cooperate with prosecutors, bankruptcy trustees, FBI, IRS and other federal and state regulators to recover missing assets and bring others in the scandal to justice. Pearlman has already forfeited a number of his own assets in a seizure last year.

The exact scale of Pearlman’s cooperation has not yet been determined. It will most certainly affect his sentencing. 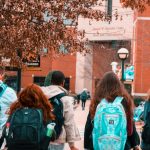 Learning From Celebrity Tax Problems To Save You Time And Money