Homeless Man GoFundMe Story: It Was All A Scam

(Author’s note: While it had been reported that Bobbitt was involved, his alleged role in the scam wasn’t initially clear. I waited for the prosecutor’s official announcement on Thursday at 2:00 pm before confirming that all three were being charged. The story has been updated.)

Last year, the nation was captivated by the seemingly heartwarming tale of a good Samaritan who helped a young woman out of a jam. At first, strangers clamored to repay the man’s kindness. Over the past few months, however, the once inspirational saga has become clouded by allegations that funds were being misdirected. This week, the story took an even more startling turn: It was all a scam.

You probably remember the original story. A young woman, Katelyn McClure, reported that she found herself stranded in the city one evening after she ran out of gas. Scared and without any cash, she wasn’t sure what she would do. Eventually, she claimed she was approached by a homeless man, Johnny S. Bobbitt Jr., who used his own money to buy her gas. The young woman returned to the spot to repay him. The pair struck up a friendship, and eventually, the woman started a GoFundMe account to raise money for the man.

The encounter went viral. More than 14,000 donors eventually contributed more than $400,000 to help Bobbitt, an allegedly recovering addict, get back on his feet.

Meanwhile, McClure and her boyfriend, Mark D’Amico, offered to help Bobbitt restart his life. They promised to help set him up in a new house, as well as get clothes, a cell phone, and a computer so that he could work toward finding a job.

But what started as a feel-good story began to seem off. Bobbitt eventually claimed he was homeless again and had received very little of the funds earmarked for him. He suggested that McClure and D’Amico had spent the money on a BMW, vacations to California, Florida and Las Vegas, and gambling. McClure and D’Amico initially denied the accusations, claiming that they paid for the car and trips with their own money.

The story, it turns out, was fake. The running out of gas? It never happened. That infamous photo? Staged. According to prosecutors, the trio had known each other for about a month before the GoFundMe campaign went viral. Bobbitt was homeless, and he really did hang out at the exit ramp where the photo was taken, and prosecutors believe that McClure and D’Amico may have met him on one of their trips to a nearby casino.

Prosecutors did not reveal how McClure, D’Amico, and Bobbitt came up with the idea to scam donors. However, they did note that a similar story had been posted on Bobbitt’s Facebook page when he lived in North Carolina, which law enforcement suggested was not a coincidence.

The scheme was successful, netting the trio nearly $400,000. The money didn’t stay in the account for long. By March of 2018, prosecutors say they had blown nearly all of the fund on a luxury car, trips, jewelry, fancy handbags, and gambling. D’Amico, however, wasn’t worried about their dwindling bank account since they had a book deal waiting in the wings. But the cracks in their story were already beginning to show.

The matter went to civil court in September. At the hearing, Judge Paula Dow ordered discovery in the case and noted that she was “no longer comfortable” with the failure of McClure and D’Amico to appear. The civil case largely went silent even as a criminal case was building (the case is marked as inactive, although a December motion hearing remains on the civil docket).

In a motion filed to stay the civil case, Ernest E. Badway of Fox Rothschild LLP, who had been acting as counsel for McClure and D’Amico, wrote, “Since it is expected that one or both of the Defendants will likely be indicted, my firm and I will no longer be able to continue our representation of them in this matter.” I reached out to Badway regarding the charges; he responded that he had no comment.

McClure and D’Amico turned themselves in to Burlington County law enforcement on Wednesday. They have been released pending a hearing.
Courts records show that Bobbitt was arrested in Philadelphia on Wednesday evening on Burlington County charges. His bail was set at $50,000, and an extradition hearing is scheduled for November 27, 2018.
Counsel for Bobbitt did not respond to a request for comment.

For a while, Bobbitt’s GoFundMe donor page remained up, with a note that it is “No longer accepting donations.” The page claims to have raised $401,921 for Bobbitt.

According to the GoFundMe website, donations are protected by a guarantee. “If funds aren’t delivered to the right person, we will donate the missing amount,” declares the company. “In the rare case that something isn’t right, we will refund your donation.”

However, the guarantee is limited: If GoFundMe investigates the campaign and confirms that there has been misuse, they will refund your money up to $1,000 per campaign. Limitations apply. And while regret isn’t good cause, criminal misconduct is included in the list of actions that constitute misuse: The campaign organizer or beneficiary is formally charged with a crime directly related to their actions, omissions, and/or misrepresentations made by that individual in the campaign. You can find out more here.

I reached out to GoFundMe for more information about this specific case but did not receive an immediate response. However, Burlington County Prosecutor Scott Coffina confirmed that GoFundMe expressed that they would issue a full refund to all donors.

So how can you protect yourself from scams? When making a gift for a charitable purpose, do your homework. Use special care when donating online: Make sure that any donor site is encrypted for privacy, and never give out PINs or other personally identifying information. If you’re going to donate to an individual cause—and not a charitable organization—consider donating through an established platform like GoFundMe to have some degree of protection.

And what about tax consequences? Donations made to an individual for any purpose are not tax-deductible no matter how deserving the person might be. Similarly, contributions to a fund to benefit an individual for any use, including charitable-minded ones like housing for a homeless person, are not tax deductible. If the deduction is important to you, work with an established organization. Remember: Only donations to qualified charitable organizations are deductible.

If you’re not sure whether your donations to an organization would be tax-deductible, ask to see the organization’s determination letter from the Internal Revenue Service (IRS). You also can check tax-exempt status by calling the IRS (toll-free) at 1-877-829-5500 or using the IRS’ new Tax Exempt Organization Search (TEOS) tool (you can find out more here). Keep in mind that churches, synagogues, temples, and mosques are considered de facto charitable organizations and are eligible to receive tax-deductible donations even if they’re not on the list; some exceptions apply, so be sure and ask, if you’re not sure.

The IRS tax-exempt review process and mandatory annual reporting requirements are in place to help ensure that money gets where donors intend and is used for the purposes donors expect. Donors can regularly check in to ensure that charitable status is in place and, in some instances, view financial records and returns online (all charitable organizations must make certain records available to donors). Without safeguards, anyone could claim to have a charitable cause, anyone could solicit money and spend it for any purpose, and donors would be none the wiser.

(You can find more tips on charitable giving here.)

The bottom line? There are always going to be people willing to take advantage of your good nature—but that shouldn’t stop you from donating to deserving causes. Don’t rush: Use care when making donations and work through established channels when possible. 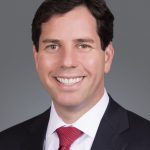 Getting To Know You Tuesday: Justin T. Miller 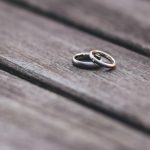 Ask The Taxgirl: Married But Faking Being Single