Ask The Taxgirl: No Second Round Of Stimulus Checks

How do I sign up for the second stimulus check?

Grr. There is no second stimulus check.

Here’s the thing. There has been some discussion about a second stimulus check. And it was even included in the HEROES Act which passed in the House but has not even been considered in the Senate. It’s just a bill for now.

Unfortunately, some writers know that folks are desperate for more stimulus payments. And those writers like the clicks that they get for suggesting that there might be another check coming any day now. Only it’s not true. No matter how many headlines that you read that suggest otherwise: there is no official plan to issue a second round of stimulus checks.

(And if you’re angry about the misleading headlines and you want to make them stop, don’t click on them.)

When and if a second round of stimulus checks becomes a reality, you can find details from trusted sources. And, both Treasury and the Internal Revenue Service (IRS) will make announcements. 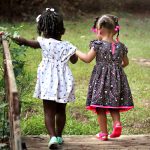 Ask The Taxgirl: Where Is My $500 Stimulus Check For My Dependents? 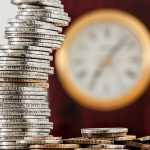 Ask The Taxgirl: Too Much Income For A Stimulus Check