Over the past year, Kelly has talked a lot about “the profession.” Broadly, that refers to the tax world. However, tax as a career isn’t always easy to categorize, and not all tax professionals are accountants or preparers. Kelly is often asked how to get started in tax, and since the answer can be so nuanced, she was inspired to start an occasional series highlighting nontraditional tax careers.

There are so many careers in tax besides accounting and preparing. For those who find data, legislature, and current events most exciting, tax reporting could be the perfect career.

On today’s episode of the Taxgirl podcast, Kelly is joined by Allyson Versprille to chat about her career as a tax reporter. Allyson is a senior reporter covering tax and the IRS with Bloomberg Tax. Her articles deal with everything from significant regulatory developments to administrative news, especially that which involves the IRS. She has also worked as a reporter on Capitol Hill, writing about major tax legislation including the major 2017 tax overhaul. She’s appeared on Bloomberg Radio and Bloomberg Surveillance, as well as Bloomberg’s Talking Tax. Her work has appeared in Wealth Management Magazine and Accounting Today. Her reporting on state and corporate tax issues has won awards.

Listen to Kelly and Allyson talk about her career in tax and reporting:

Kelly is the creator and host of the Taxgirl podcast series. Kelly is a practicing tax attorney with considerable experience and knowledge. She works with taxpayers like you every day. One of the things that she does is help folks out of tax jams, and hopefully, keep others from getting into them. 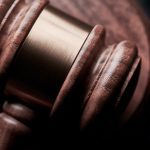 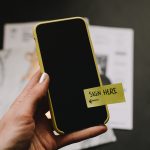