L is for Legal Entity.

A legal entity – for legal and tax purposes – has an existence separate from that of the owners. Your choice of legal entity can affect the number and identity of shareholders and partners, equity structure, control, management, and the kind of funding you might be eligible to receive.

When you’re making a choice about the legal entity, remember two key things:

There are several legal entities that you might find appealing, depending on your circumstances. Here are some of the most popular:

For federal tax purposes, taxpayers do not file a separate tax return for a sole proprietorship. Income and expenses from the business are reported on Form 1040, Schedule C.

General and Limited Partnerships. Partnerships are almost as easy to form as a sole proprietorship: it’s an association of two or more persons to carry on a business for profit. Like a sole proprietorship, in most states there are no formal procedures to form a partnership – no forms to fill out, no agreements to sign, and no documents to file – though it’s certainly desirable from a business and legal perspective. In a general partnership, partners share, jointly and severally, in the liability for business obligations.

For federal tax purposes, while a partnership does file a separate return (a federal form 1065), income and losses associated with the partnership pass through to the individual partners. Items of income or loss retain their character and are reported to each partner in proportion to their interest, as determined either by statute or partnership agreement. Each partner is then responsible for reporting that information on their individual tax returns.

Limited Liability Partnership. A Limited Liability Partnership (“LLP”) is similar to a general partnership, but while a general partnership can exist on an informal basis, an LLP must register with the state. The benefit of registration – a formal acknowledgment of the entity – is that the LLP takes on a form of limited liability similar to that of a corporation. Typically, that means that partners aren’t liable for the bad behavior of the other partners though the level of liability can vary from state to state. There is generally unlimited personal liability for contractual obligations of the partnership, such as promissory notes and mortgages (again, this varies by state).

For federal tax purposes, an LLP is treated as a pass-through entity, similar to a general partnership.

For federal tax purposes, an LLLP is treated as a pass-through entity, similar to a general partnership.

Limited Liability Company. The Limited Liability Company (“LLC”) is probably the most popular form of business entity today. It’s a hybrid entity that offers the liability protection of a corporation with the option to be taxed as a partnership or a corporation. An LLC is made up of members, as opposed to shareholders. Individual members are typically protected from liability so long as corporate formalities are observed. That means that you do need to register with the state and pay attention to state laws (like filing annual reports). On the plus side, LLCs have far fewer corporate formalities than other corporations.

For federal tax purposes, an LLC is generally treated as a pass-through entity. While most LLCs are taxed as a partnership because it’s typically more advantageous, there may be situations when corporate tax treatment might be preferred (for example, when the individual members of an LLC are foreign). An LLC can also opt to be taxed as an S corporation (more on that in a bit).

The advantage of an SMLLC is that it may be treated as a “disregarded entity” for federal tax purposes. That means that the taxpayer does not file a separate tax form for the business; instead, income and expenses are reported on Form 1040, Schedule C, just like a sole proprietor.

C Corporation. A C corporation is what most people think of when we think of a business. In a typical C corporation, the business is owned by individual shareholders who hold stock certificates or shares (yes, we still call them certificates even though it’s rare that you have a piece of paper evidencing your ownership). The shareholders vote on policy issues, but the decisions on company policy are left to the Board of Directors. The catch? The Board of Directors is typically elected by the shareholders. The day to day work of running the company is performed by the officers of the corporation (think CEOs and COOs). The general appeal of a C corporation is limited liability: individual shareholders are not usually responsible for the company’s debts, obligations, and actions.

For federal tax purposes, a C corporation is a separate taxable entity that figures income or loss each year and pays tax on taxable income using Form 1120. C corporations are taxed at the federal level at a flat 21% (post-TCJA). Shareholders also pay tax at their individual income tax rates for any dividends or other distributions paid out during the year (since tax is already paid on the company’s profits, the term “double taxation” comes from).

S Corporation. An S Corporation is a bit tricky because the term actually refers to a tax election. That means that another entity (a corporation, LLC, or PC) is created at the state level, and an election is made to be taxed as an S corporation. By federal law, S corporations have some restrictions: they must have only one class of stock and have a limited number of domestic (no foreign) shareholders.

S corporations are treated as pass-through entities for purposes of taxation – but not precisely like a partnership. There is a separate tax return called a Form 1120-S, which reflects some differences in how income or losses are treated compared to a partnership. However, like a partnership, most items of income or loss retain most of their character and are reported to shareholders in proportion to their interest, as determined either by statute or Shareholder Agreement.

There may be other corporate entity forms available, but these are the big ones. Remember that these are just the basics: some states may have variations on a theme. I recommend that you consult with a professional before jumping in with both feet. 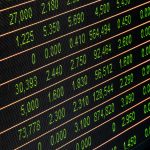 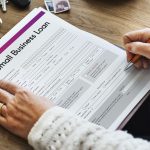 Desperation & Small Business Loans In A Time Of Crisis