J Is For Jeopardy Assessment.

Okay, I should come clean from the beginning: This post doesn’t involve Alex Trebek. I know, that part stinks. But even Trebek-less, jeopardy assessments are pretty interesting.

You already know that the Internal Revenue Service (IRS) has very specific procedures for assessments and collections. But sometimes, they have to do things a bit differently. And jeopardy assessments are one of those things.

Jeopardy assessments are made – before the IRS makes an assessment of a deficiency – when the agency believes that assessment or collection would be endangered if regular procedures were followed. So, if the collection of an unassessed liability is in jeopardy, the IRS can make an immediate assessment and pursue collection without the need to follow those “normal” procedures.

When a jeopardy assessment is made, the tax, penalties, and interest become immediately due and payable.

To make a jeopardy assessment, at least one of these factors must be present:

There are many factors that can influence whether to make a jeopardy assessment, including when a taxpayer may be involved in illegal activity. That could include organized crime, wagering cases, and receiving income from illegal sources.

And it doesn’t stop there: as mentioned earlier, once the jeopardy assessment has been made, if the IRS believes that the collection of the tax might be in danger, the IRS can also bypass the normal notice procedures and go ahead with a levy.

But, a jeopardy assessment isn’t the end: remedies are available. Those remedies are largely the same as those available to all taxpayers including filing a petition to have a court examine the assessment.

If this sounds pretty scary, be aware that these powers aren’t limitless. Jeopardy assessments are to be used when reasonable and appropriate – and as authorized by law. You can find the authority for jeopardy assessments in the Tax Code: 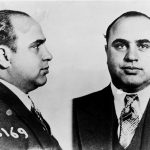 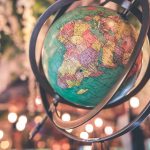