We have a winner! Ron guessed first that the plaintiff owned 10 shares in the Pollock v Farmers Loan and Trust Co. Keep watching for our next question.

Our next tax trivia question is:

The Supreme Court Of The United States (SCOTUS) doesn’t hear a lot of tax cases, but when they do, they make news. One of the earliest SCOTUS tax cases was an unpopular one involving a direct tax on the income of American citizens and corporations. The tax was found to be unconstitutional and that result eventually led to the Sixteenth Amendment.

The plaintiff in the case was a Massachusetts man who held shares in a loan and trust company; at the time, the company had, on its books, 40,000 shares. When the company announced to its shareholders that it would provide their names to the internal revenue collector so that they could pay the tax, the plaintiff sued the company. How many shares did he own in the company?

What’s your guess? You must leave your answer in the comments below.

To see a complete copy of the rules, including eligibility, click here. 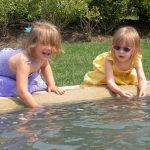 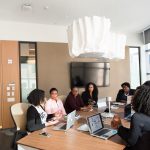