On July 15, 2005, the Fifth Circuit released a decision in the Strangi case affirming the Tax Court’s decision to include family limited partnership assets in the decedent’s taxable estate. This latest ruling, referred to as Strangi V, is the last (?) in a long list of cases involving the Strangi family and creation of family limited partnerships.

The full opinion can be found here (downloads as a PDF).

The case has been ongoing for about ten years. Here’s a little background…

The case involves Albert Strangi, a wealthy Texan, who in 1988 executed a power of attorney naming his daughter’s husband, Michael Gulig, as agent. Five years later, Mr. Strangi’s health began to fail. After attending a seminar on the use of family limited partnerships (sometimes referred to as FLPs), Mr. Gulig, as Mr. Strangi’s agent formed a FLP.

Months after the FLP and company were founded, Mr. Strangi died. Mr. Strangi’s Personal Representative filed a federal estate tax with the IRS, claiming a substantial discount for the assets held by the partnership; the IRS subsequently filed a Notice of Deficiency for more than $2 million.

Mr. Strangi’s Personal Representative timely filed a petition in tax court challenging the Notice. The IRS initially argued that the Strangi FLP should not be allowed a discount because it was created without a business purpose. Before trial, the IRS attempted to amend its argument to claim that the full value of the assets transferred to the FLP should be taxable under IRC 2036(a). The court failed to allow the amendment and ruled in favor of Mr. Strangi’s estate.

The IRS filed an appeal to the Fifth Circuit, and on remand, the tax court changed its position and allowed the amendment. Back at the tax court, upon consideration of the 2036(a) issue found in favor of the IRS.

In this last (?) word on the Strangi estate, the court focused on two issues:

The court found that, under IRC section 2036(a), the assets in the FLP should have been included in Mr. Strangi’s taxable estate. This is because section 2036(a) focuses on whether the decedent retained the right to “possess or enjoy” the transferred assets. Although the assets were in the name of the FLP, Mr. Strangi continued to “possess or enjoy” the assets, including the use of one of the homes for personal use. Additionally, the IRS successfully argued that there was an implicit understanding that the FLP assets would be used for Mr. Strangi’s benefit in the event that his remaining minimal assets were depleted; in fact, the FLP paid for Mr. Strangi’s funeral expenses.

I don’t think that there were many practitioners who were surprised by that ruling. It is a difficult argument to make that the decedent wasn’t “enjoying” the home in which he continued to reside or that the assets which remained in Mr. Strangi’s name were sufficient for his long-term care.

The second part of the argument relied on the type of transactions involved. In a prior case (Kimbell, 371 F. 3d at 262), the court had defined a bona fide sale as a transaction having a “substantial business or non-tax purpose.” Mr. Strangi’s Personal Representative argued that several non-tax purposes existed for the creation of the FLP, including creating a joint investment vehicle for the partners and the central active management of working interests. The court had previously rejected these arguments and did not make an exception here.

So what does this mean?

Don’t burn your Family Limited Partnership Agreement just yet. Strangi certainly doesn’t preclude the use of these techniques in estate planning (though many practitioners heralded Strangi III as the death-knell of the techniques), but it does raise several flags.

The biggest lesson to be learned, in my opinion, is to be smart. If it sounds too good to be true, it probably is. Approach seminars touting extraordinary estate tax savings through the use of FLPs, LLPs or Living Trusts with care. If in doubt, consult with counsel. Your heirs will be glad that you did.

Welcome To My Blog! 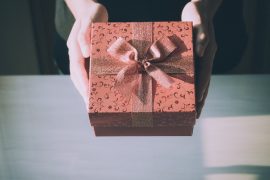 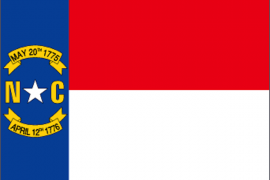