That’s what many folks think when asked to consider whether they will be affected by the AMT (Alternative Minimum Tax). But here’s where they’re wrong: the AMT is hitting middle class America more often. We’ve even argued about it a little bit on the blog (be sure and read the comments). And the consensus is that Americans hit by the AMT – and the estimate is that 20 million taxpayers will be affected this year – are not happy.

Congress is trying to sort out some of the mess. The mess is even more complicated than usual because the temporary relief from before evaporates in 2007.

So, we know that we hate it – but what the heck is it? The AMT is a secondary tax that can increase what you would generally pay with your “normal” tax bill. It was originally implemented to prevent the wealthy from artificially reducing their tax bill through the use of so-called tax preference items. The idea was that people who had very high incomes should not be able to use certain deductions to lower their tax bill below what should be reasonably expected for a taxpayer at their income level. Well, that was the idea anyway. The reality is that certain kinds of transactions could bump you into the AMT threshold.

Here are some transactions that can trigger or be affected by the AMT:

State and Local Taxes. If you live in a high tax state (like New York or Hawaii) or a municipality with high taxes (that’s right, I’m talking about Philadelphia but also New York City and Bridgeport, CT), the good news is that you can deduct those taxes on your Schedule A if you itemize. The bad news is that it’s a tax preference item that could subject you to AMT – and you could lose the deduction.

Medical Expenses. You can itemize these expenses on your Schedule A. AMT limits this deduction. So, if you have high medical expense deductions, such as self-employed persons who buy their own health care insurance, you can lose out on significant deductions.

Incentive Stock Options. ISOs are the number one item that I’ve seen kicking folks into the AMT. Before the mid-90s, only the really wealthy exercised stock options. But that all changed once the market went nuts and companies started going public like crazy. Suddenly, folks who were making a little bit of money but exercised a large stock option package were subject to the AMT. This hurt, in particular, those who accepted the package as part of a retirement or separation deal. The income is subject to AMT – and you lose all of those other deductions mentioned above.

To make things worse, if you find yourself subject to the AMT and haven’t made estimated payments throughout the year, you may be subject to an underpayment penalty.

In response, Sen. Charles Grassley (R-Iowa) is proposing legislation that would exempt those subject to the AMT for the first time in 2007 from underpayment penalties. And Congress is otherwise considering raising the exemption for AMT for 2007 (um, guys, it’s July…). Band-aids, all.

Here’s a thought: why not just fix the darn thing once and for all?

Fix The Tax Code Friday: Above The Line Deductions 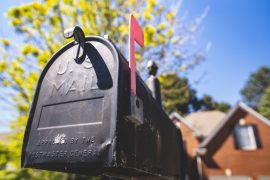 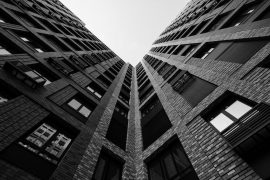