In getting to know you tuesday

Getting To Know You Tuesday: Robert Flach

It’s Getting To Know You Tuesday! Today’s guest is Robert Flach, who writes the Wandering Tax Pro.

I work out of my apartment in the “heights” section of Jersey City, New Jersey. I used to have a storefront office – but I was paying rent for 12 months for an office that was open for at most two months a year.

2. What’s your official title and what does it mean?

Do you mean Mr Flach? I have no official title other than THE WANDERING TAX PRO – because I like to travel after the tax season, and my mind often wanders.

3. What books are on your night stand?

I read mostly murder mysteries – ones with cats, talking or otherwise, like Mrs Murphy or THE CAT WHO series. I also read the Margaret Truman Capital mysteries and the J.A. Jance JP Beaumont series.

4. If you weren’t working in the tax profession, what would your dream job be?

My one regret in life is that I did not take my piano lessons seriously as a child – I would love to be a lounge piano player – like Bobby Short. I would also like to be a theatrical producer – I did have some experience in my younger days producing local semi-professional theatre. I actually do have one other regret, but I cannot discuss it in mixed company.

5. What’s the last movie that you saw (DVD or in the theatre)?

If you ask me next week I would say SPIDERMAN 3. It is hard to say the last movie I saw in a theatre – it would have been sometime last year.

6. Tax is a huge subject. What’s your area of special interest?

While I do have millionaire clients, and have had the occasional celebrity client (one year I did the return of the then captain of the NY Giants – he never paid us!), most of my clients are what one could call the “average middle class taxpayer”. I do a lot of “civil servants” – law enforcement (FBI down to municipal police), firefighters, and teachers – as well as those with rental property and Schedule C filers. I now limit my practice to 1040s – I no longer accept new corporation or partnership clients.

7. What’s the best tax or financial advice that anyone ever gave you?

Taxes are secondary – financial considerations are always first. Taxes are only pennies on the dollar. What good is it to spend $1.00 to save 28 cents in taxes. You haven’t saved 28 cents, you have lost 72 cents.

Coffee. I did not start drinking coffee until my mentor got an instant coffee machine in the office decades ago. I was in the “front office” and as clients would come in I would make them a cup of coffee and make a cup for myself. I ended up drinking a dozen cups a day.

9. Name five artists on your iPod (or mp3 player).

iPod? mp3 player? Huh? I don’t even have a cell phone! As for my CDs – Frank Sinatra, Michael Feinstein, Jethro Tull, CSNY, and Tony Bennett. I also have a collection of just about every Broadway Original Cast Album (vinyl) from the 50’s through the 70s – which I inherited from my uncle – and have many original cast recordings on CD. While I work I have the MUSIC OF YOUR LIFE syndicated station streaming on my computer.

10. What would I be surprised to know about you?

In the 36 tax seasons that I have been in “the business” I have never prepared a tax return using tax software. Nor have I ever filed a federal return electronically. I prepare some 400 sets of tax returns each year – all by hand! While I intend to continue to prepare federal returns by hand until I retire, I would submit federal returns electronically – or online – if I could do so for free, like I can submit NJ returns online via NJWebFile. The closest I came to using software was many, many, many years ago when, as an employee of Deloitte Haskins + Sells, I would manually fill out an input sheet to have the return calculated via COMPUTAX. I remember thinking that by the time I had finished filling out the input sheet I could have actually completed the handwritten return.

11. What college did you attend (in what subject)?

I attended St Peter’s College, a Jesuit college in Jersey City. My major was Business Management. A waste of time – I learned more working in the storefront office of my uncle’s tax pro than I did at SPC.

12. If you had the opportunity to make one change in the tax code tomorrow – an extra credit, a disallowed deduction, whatever – what would it be?

Obviously eliminate the dreaded AMT. I have also thought that it might be a good idea to do away with the deduction for depreciation of real property. Awhile back I wrote to George W and suggested that taxpayers be allowed to “carry back”, as well as carry forward, excess capital losses. I had several clients who made over $100,000 of capital gains during the Clinton years, and paid tons of taxes on these gains, and then lost over $100,000 when the bubble burst, and will never be able to use up all these losses in their remaining lifetime at $3,000 per year! Over the course of a 36 month period the taxpayers basically broke even – but they paid tons of tax, included the dreaded AMT, on basically a “0” net income! I got a form letter back from a low level White House flunky thanking me for my input.

Either AS TIME GOES BY on various PBS stations (with Dame Judy) or GREAT HOTELS with Samantha Brown on the Travel Channel – or maybe VERONICA MARS, or the MIDSOMER MURDERS repeats from British television on the Biography Channel. I also enjoy ROSEMARY AND THYME, another British mystery series, on WLIW. Last year I would have said EVERWOOD. I also like 7th HEAVEN, although I do think that it may have “jumped the shark”. There is so much excrement on broadcast and cable television today (read “reality” tv).

14. What do you think Congress will repeal first: estate tax or AMT?

Probably neither – but I would expect the AMT. It seems that everyone has forgotten about the estate tax. While I am not a supporter of the estate tax, my only fear is that its repeal could do away with the “stepped up” basis of inherited assets.

15. If Uncle Sam handed you a huge refund check right now, what would you do with it?

Hey – it depends how huge. Probably go on a cruise.

Probably the idiot from SURVIVOR. He is an excellent example of the level of intelligence of the cafones who appear on “reality” tv programs.

17. And, other than taxgirl, what’s your favorite tax related web site?

Why www.robertdflach.net, of course. Just joking. I don’t know if I can pick a favorite. Blogwise, in addition to TAXGIRL, I regularly read DON’T MESS WITH TAXES, GINA’S TAX BLOG, TAX PLAYA, ROTH AND CO UPDATES, TAX FOUNDATION and MAULED AGAIN, and scan several others. I check the NATP and NSTP sites and the SMALL BUSINESS TAXES AND MANAGEMENT daily, and subscribe to the daily email newsletters from ACCOUNTANTSWORLD and CCH.

And here is some additional info from Robert:

As you know, I write THE WANDERING TAX PRO, and have been doing so for 5 years. I also write, although all too infrequently, the NJ TAX PRACTICE BLOG at http://njtaxpractice.blogspot.com.

I learned how to prepare income tax returns the best possible way – by preparing income tax returns. Prior to going to work for my uncle’s tax pro in 1972 I had absolutely no tax training, not even the basic college tax course. On my first day my employer gave me a brief case with a client’s 1971 tax “stuff” and a copy of his 1970 tax return and told me to “jump in and swim!” As I had questions I would ask my boss, who would stop what he was doing and take the time to explain the issue to me. It was a good investment of time for him. When he went on to his final audit in 2000 we had been working together just short of 30 years! 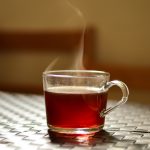 From Depreciation To Refunds, What You Can Learn From Trump’s Tax Returns

As PPP Fraud Stories Make News, A Story About Redemption