With apologies to my brother and his family who no doubt voted for some of the representatives in the South Carolina legislature, the state should be embarrassed for its constant attempts to make the state fit someone’s view of morality.

(And here’s my disclaimer: I’m a southern girl myself. I grew up in North Carolina. Many of my relatives on both sides (Mom and Dad) hail from South Carolina. I don’t hate the state. I just question whether the folks there have lost their minds…) 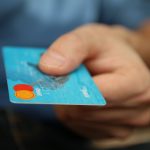 Surprise! Your Tax Dollars Are Being Wasted!

Organizing Tips To Keep Your Life, Business, And Tax Information In Better Shape