Disgraced international bank UBS has agreed to pay a $780 million fine and turn over the names of certain account holders to the IRS as part of an agreement to end the investigation into whether the bank helped wealthy clients hide assets. The number of client names to be revealed has not been made public but the Justice Department had expressed interest in up to 20,000.

It’s hardly surprising that the bank agreed to a settlement, with some of its top managers either facing charges or pleading guilty to related charges. Raoul Weil, the UBS bank chair and CEO of global wealth management, was indicted in November on charges relating to tax evasion; Weil, not surprisingly did not show up for his hearing and has since been named a fugitive. The charges against Weil were not dropped as part of the agreement.

Months before Weil’s indictment, former UBS private banker Bradley Birkenfeld pleaded guilty to fraud charges and began cooperating with prosecutors. Birkenfeld’s cooperation is thought to have been the key that the IRS needed to crack through Switzerland’s notorious secretive banking laws.

Despite claims from UBS legal counsel that this was all a big misunderstanding, the Justice Department thinks differently, saying, “UBS executives knew that UBS’s cross-border business violated the law. They refused to stop this activity, however, and in fact, instructed their bankers to grow the business. … This was not a mere compliance oversight, but rather a knowing crime motivated by greed and disrespect of the law.”

In the end, the greed caught up with them. 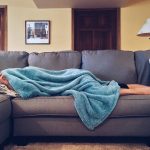 The Plot To Kill Taxgirl