There’s a bag of used clothes on my porch that it is on its way to the Salvation Army (though not in this snow!). Like many Americans, my family makes an effort to give to a variety of charitable causes throughout the year. But why do we do it?

I was raised to believe that it’s important to help others that are less fortunate than ourselves. Even when times were tough for our own family, my mom would insist that we devote time and resources to helping others. It is something that I have always carried with me – from college to law school – and now something that I hope to pass along to my children. So I’d like to think that we do it because it’s the right thing to do.

But I’m not going to lie to you. The appeal of a charitable deduction on my taxes definitely influences the type and destination of my dollars and “in-kind” donations. And I’m not alone. A 2001 study by the AAFRC revealed that more than half of wealthy people (54%) said tax benefits induce them to give.

These kind of statistics are what worries charitable organizations about President Obama’s new budget. President Obama has proposed limiting the value of the tax break for all itemized deductions, including donations to charity, to 28% for taxpayers making $200,000 or more, and couples making $250,000 or more. Currently, taxpayers who are in a 33% or 35% tax bracket take deductions at that rate. Obama believes that the reduction could save the federal government $179.8 billion over 10 years.

Saving the feds money sounds like a good thing. But what worries charitable organizations is whether the result would be less philanthropic giving.

A quick, informal poll on twitter indicated that it might. I asked, If the charitable deduction were eliminated, would you still donate at your current level? Pls be honest. The results were mixed, with about half saying that it wouldn’t affect them as they either didn’t take the deduction in the first place or donated for reasons other than tax benefits. The other half said that it would definitely affect their donations.

Statistically, this is pretty much in keeping with the norm. In the US, the two groups in the United States that give the highest percentages of their income are low income (those making less than $20,000 per year) and upper income (those making more than $100,000 per year). That means that roughly half of those who give the most don’t anticipate receiving a deduction for a charitable donation (since most lower-income taxpayers do not itemize).

It’s an interesting policy question when you look at the data. We’d like to think that folks give to charity because they want to create change in the world – and about half of those who give seem to follow that philosophy. Others who give do so for a mix of reasons but tax deductions clearly figure into the decision of where to give, when to give and how much to give. Is that something we want to encourage? What drives a person who doesn’t get (or in some cases, want) a tax deduction to make a donation? And is there something inherently different about that person than those who do some in exchange for the deduction? Or is the deduction really a fake carrot?

Without the deduction, some taxpayers claim that they wouldn’t give as much – but is that really true? Is it simply that they’ve become accustomed to taking the deduction that they associate giving with the deduction?

It seems that most taxpayers really don’t want to find out. The plan, as proposed by Obama, is being decried on both sides of the aisle. I don’t expect it to become law, as the political fall out would be pretty severe. But it does make you think: should charitable giving be rewarded with a tax deduction or should giving be enough of a reward? And if it’s really all about encouraging donations, why aren’t the deductions above the line so that lower-income families can take advantage of them, too? I’d love to hear your thoughts. 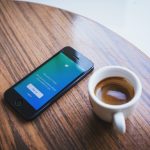 Does Anyone In DC Pay Taxes?