NJ Taxes On the Rise

NJ is not exactly known for affordable living – especially when it comes to taxes. It appears that will only get worse in 2009 as lawmakers scramble to close holes in the budget. The state budget currently sits at $28.6 billion, about $4 billion less than last year.

Faced with flat revenues, the legislature has made some reductions in spending. Despite resistance from state unions, cuts will be made for public employees as part of a deal struck earlier this year. Although by cuts, I really mean “delayed pay raise.” Additionally, state aid to local governments will be reduced.

But here’s where the bleeding begins. Since the budget must balance, the drop in revenue has to be made up somehow. And while cuts have been made, it isn’t enough to fill the gap. What does this mean? Taxes are going up.

There’s no doubt that the income tax increases will make an impact. They are not across the board: the current proposal would raise taxes on incomes above $400,000. Worse, it would eliminate the property tax deduction for those making more than $150,000 and eliminate property tax rebate checks for residents other than senior citizens and the disabled. Considering that NJ has one of the highest property tax rates in the nation, that is a significant bite.

And just when residents of NJ thought they couldn’t possibly pay anymore to buy cigarettes, they find out they’re wrong. Levies on cigarettes will also rise.

Interestingly, this budget looks a lot like the pre-Corzine budget in 2004. I wonder how much it will affect the gubernatorial race this year. 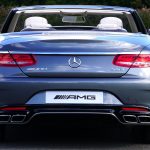