In recent years, the Irish have touted their low tax rates and other breaks as a lure for artists, musicians and corporations and have enjoyed a measure of success in attracting some pretty big players. Companies like Apple, Microsoft, Pfizer, Dell and Wyeth have flocked to the Emerald Isle to avoid paying higher tax rates elsewhere. The moves have irritated leaders in the US and the UK, landing Ireland on President Obama’s hit list of tax havens just last year.

My how fortunes can change.

This year, Ireland announced that it is in the throes of an economic crisis with a deficit of nearly 12% of its GDP expected to hit 32%, a modern European record. If projections hold, Ireland’s debt will total 98.5% of its entire economy for 2010. Unemployment is way up. Banks are failing. And house prices are plummeting. It’s not a pretty picture (and disconcertingly familiar).

With numbers like these, Ireland had no choice but to ask for a bailout from the European Union (EU). The EU said yes, along with the International Monetary Fund (IMF), to the tune of $115 billion. In return, Ireland had to promise to attack its deficit. That promise meant massive changes across the board – including raising taxes.

As part of the National Recovery Plan (downloads as a pdf), taxes will increase on almost every front. The VAT (value added tax) will increase from 21% (not a typo) to 23% (also not a typo). Property taxes will go up and a new “domestic water charge” will be implemented. Individual income tax brackets will be expanded so that more folks pay taxes. As in the US, under the current scheme, nearly half of income earners pay no income tax, an incredible statistic that the government has referred to as “not sustainable.” At the higher end, taxpayers will see their tax bills inflate by more than $4,000.

Those breaks for artists, musicians and authors? Also gone. Only the first $53,000 of income will escape tax now. It’s a radical change from before when favorable treatment exempted from income tax nearly all of the proceeds from the sales of certain artistic works (certain restrictions applied).

Noticeably absent from the heavy handed increases is the corporate tax rate. Despite the fact that the government indicates in its plan that “this will not change”, I wouldn’t hold my breath on that one. The corporate tax rate in Ireland is less than half of the other EU nations – the ones that are currently bailing Ireland out of trouble. Those nations, particularly Germany and Spain, are insisting that Ireland boost those corporate rates and right now, they have quite a bit of leverage. Ireland, of course, is making noise about those demands, claiming that increasing the corporate rates will hurt the country disproportionately. I don’t know if that argument will hold water much longer. Something will change with respect to corporate taxes, even if it’s not the corporate rate (capital gains/investment taxes are already under attack) as part of that four year plan. The EU won’t have it any other way – France has gone so far as to predict publicly that such an increase will happen.

Of course, this isn’t the first time that Ireland has faced pressure to raise corporate tax rates. This time, however, Ireland no longer has the luxury of thumbing its nose at other countries. Now, they’re being forced to listen as other countries critique their financial (mis)management, including the decision to hold those rates low in the first place while the country dug itself deeper into debt.

One has to wonder if there aren’t some lessons here for the rest of the world (*clears throat*). 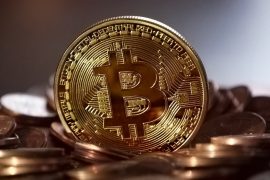 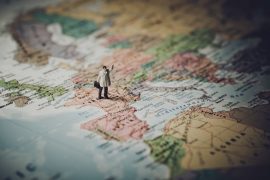