Yesterday was a pretty busy day in the media. There was a lot of thought and commentary about the election and what it meant for the country. You might not have noticed, then, that the 47th Commissioner of the the IRS was saying his goodbyes before the American Institute of Certified Public Accountants (AICPA) in Washington, DC in preparation for slipping out the door. Commissioner Shulman’s last day is slated to be November 11, as previously announced.

The speech was, as you’d expect, a retrospective of Shulman’s career. He highlighted what viewed as his achievements and the challenges still ahead.

Shulman hit first on offshore tax evasion. Those of us who have practiced during Shulman’s five year tenure understand that this has been a major priority in his administration. Shulman is clearly particularly proud of victories associated with UBS and other Swiss financial institutions; I once referred to the changes in banking secrecy laws under his watch as “The Biggest Story in Banking, Thanks to IRS.” He also highlighted the nearly 38,000 voluntary disclosures under offshore account related amnesty programs, resulting in more than $5.5 billion in collections so far.

With respect to domestic compliance efforts, Shulman made a nod towards increased cooperation (a characterization of which I’m sure many of my colleagues will disagree). And he’ll probably get quoted out of context for the rest of eternity for giving a nod to our “system of voluntary compliance.” Tax evaders love this kind of stuff because they take it to mean, literally, that you only pay if you want. Instead, it is, as Shulman pointed out, a system where taxpayers are responsible for completing their own records, are expected to do so honestly and rather than review every return for accuracy (as is the system in many countries), the IRS makes “judgments about issues to pursue, and returns to audit.”

Technology, fraud and processing were also key issues under a Shulman administration. He noted that it was “enormously gratifying that the IRS successfully migrated from a weekly processing cycle to daily processing this year” – something that had been in the pipeline for nearly 30 years. He almost sounded like the CEO of a private sector company for a bit during his speech, touting “real-time analytics and compliance” as well as “the importance of continuing to invest in the technology infrastructure supporting the IRS.” Using data analysis and technology has, he said, resulting in stopping approximately $19 billion in fraudulent payments this year, compared to $12.5 billion over the same period last year and a measly $2.4 billion in 2009.

Shulman also talked about the advances in regulating tax preparers. I can’t imagine how well that went over at AICPA (feedback from anyone who was there?) as this has been a controversial topic in the tax world. He did mention that the IRS is planning to launch a public database so taxpayers can ensure that they are using a registered tax return preparer. Interesting.

With respect to customer service, Shulman crowed about the recent results of the American Customer Satisfaction Index which measures customer satisfaction across various industries and government agencies. In 1998, IRS bottomed out with a 32% approval rating. In 2011, the IRS received a 73% approval rating, their highest score ever. I guess it was his Sally Field moment to taxpayers: You like us, You really like us.

Shulman wrapped up by asking Congress to “keep a keen eye on tax legislation that adds to complexity and is difficult for taxpayers to comprehend and for us to administer.” In layman’s terms: knock it off with the politicking already. We need consistency.

And with that, Shulman delivered his last public speech as IRS Commissioner.

I don’t know if there was cake. Or balloons. There was, however, applause.

It will be interesting to see who fills Shulman’s shoes. Starting next week, Deputy Commissioner for Services and Enforcement Steven T. Miller will serve as Acting IRS Commissioner until there’s a new appointee. Since 1862, there have only been a handful of female IRS Commissioners: Shirley Peterson, Margaret Milner Richardson and Linda Stiff (technically she was an Acting Commissioner). Just saying. And that actually gives me an idea. I mean, he hasn’t met me. And this is crazy. But President Obama, call me maybe?

Tax Increases Looming In 2013: Who Pays, How Much & Will They Stick? 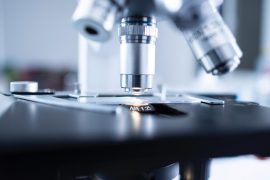