Massachusetts Cigarette Taxes Raise Millions But Not For Anti-Smoking Programs

While data is mixed on the first, news out of Massachusetts is proving that the latter isn’t always true.
According to a Boston news report, the state’s cigarette smokers have paid an extra $285 million from the $1 per pack hike tax approved in 2013. With that increase, Massachusetts’ cigarette tax soared from $2.51 per pack to $3.51 per pack, making the tax, at the time, the second-highest rate in the country after New York. That has since changed: it’s now fourth behind New York ($4.35), Rhode Island ($3.75) and Connecticut ($3.65).
The problem? None of that extra cigarette tax revenue was used to stop smoking. Not surprisingly, most of the cigarette revenue ($222 million) went to the state’s general fund. The remaining $63 million went to the Commonwealth Care Trust Fund. The Commonwealth Care Trust Fund is used to pay for subsidized health insurance and Medicaid rate increases for those in the state.
It’s not a new trend. Overall, Massachusetts collected more than $882 million in tobacco taxes for the fiscal year 2015 alone. That total includes payments related to a massive settlement with tobacco companies from 1998. That settlement helped boost Massachusetts’ spending on smoking cessation programs. Again, back in 1998. By 2000, the state was spending a whopping $55 million per year on anti-smoking programs.
A few years later, things looked much different. By 2003, not so coincidentally around the same time the national economy was trying to recover from a steep downturn, the state’s spending on anti-smoking programs had dropped to less than $6 million. That trend isn’t likely to change any time soon: the current fiscal year budget has $3,866,096 earmarked for Smoking Prevention and Cessation Programs. The majority of that money is designated for the Safety Net, a program which reimburses hospitals and community health centers for the care of low-income patients that are uninsured or underinsured.
But wait… There’s more money coming in, right? There have been two increases in the Massachusetts cigarette tax in the past decade: a $1 per pack increase in 2008 and the more recent $1 per pack increase in 2013. Funds are pouring in. They’re just not going towards anti-smoking programs. They’re being used for other purposes, such as filling holes in the budget.
You might assume that Massachusetts has scaled back its efforts because the increase in cigarette taxes, bringing the average retail cost of a pack of cigarettes to $9.08, including taxes, has already solved the state’s smoking woes. It’s true that the number of smokers has decreased in the state in recent years, from about 28% of adults 30 years ago to about 20% today. But many people feel like the numbers aren’t dropping quickly enough. The American Lung Association gave the state an “F” in its most recent report card on tobacco, saying that Massachusetts should “[i]ncrease funding for the state’s tobacco control program to $9 million per year.” That’s more than twice the amount currently budgeted.
So what’s next? A bill that raises the legal age to buy tobacco. The current age is 18, and there are efforts in the legislature to boost that number to 21.
If those efforts turn out to be the magic bullet – the cure for smoking – that should mean that the sin taxes should disappear, right? And herein is the problem: it’s too easy to become dependent on the revenues from sin taxes. It’s easy money. And it’s easy money that states and localities become dependent on – so these “sin” taxes really becomes revenue raisers. If you can paint the right picture, it’s easy money that you don’t even have to spend for the reasons you claim you want to in the first place (just look at Philadelphia and its soda tax): who is going to say no to health care for low income patients so long as it’s paid for on the backs of smokers?
I’m not a smoker. And I don’t live in Massachusetts. But I have long been opposed to sin taxes. I don’t think it’s appropriate to raise revenue – especially when you bait and switch the targets – disguised as social engineering. It’s not good tax policy.
Consider for a moment what would happen if Massachusetts – and states like it – was actually successful in significantly reducing or eliminating the number of smokers? Great, right? Only not so much. Since Massachusetts has been busily redirecting millions of dollars in cigarette tax revenue to other programs, if that revenue source dries up – because it’s a success – the budget doesn’t improve or break even. Instead, it creates a bigger hole causing legislators to ponder: what do we tax next? 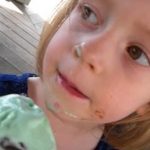