It’s Fix The Tax Code Friday!
As the Republican-crafted proposal to repeal and replace Obamacare makes it way through the House, one of the key pieces that has tongues wagging is a new, refundable tax credit. The tax credit is intended to replace the current premium tax credit.
Here’s how it would work. Those folks who do not receive health care insurance from an employer or from the government (think Medicaid) would be eligible for the credit. The purpose of the refundable credit, of course, is to offset the cost of buying healthcare insurance on your own.
The amount of credit you might qualify for under the proposal varies by age as follows:

(You can read more about the joint address to Congress in our live blog coverage with annotations here.)
However, many conservatives oppose the tax credit on two principles:

The differences within the Republican party will, no doubt, be a central theme as the health care proposal goes to the House floor.
That, of course, brings us to today’s Fix The Tax Code Friday question:

Do you support the use of a new, refundable tax credit as a replacement for the current premium tax credit?

You Spring Forward For Daylight Saving Time Because Of Energy Policy, Not Farmers 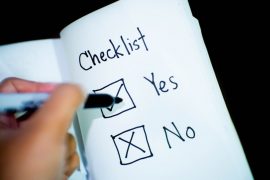 Fix The Tax Code Friday: Charitable Deductions For All Taxpayers