After IRS Problems, Taxpayers Get An Extra Day To File

It turns out that today wasn’t the last day to file your taxes in 2018 after all: You get one extra day to file. Following computer system issues which appeared early on the April 17 tax deadline, the Internal Revenue Service (IRS) has announced that taxpayers will have an additional day to file and pay their taxes.

Individuals and businesses with a filing or payment due date of April 17 will now have until midnight on Wednesday, April 18. The extension is automatic. You do not need to do anything to receive this extra time.
The system issues were discovered early in the morning on Tax Day. Despite these problems, some taxpayers were able to file and pay their taxes online. However, since millions of taxpayers were expected to file at the last minute, out of an abundance of caution, the IRS has extended the deadline.
“This is the busiest tax day of the year, and the IRS apologizes for the inconvenience this system issue caused for taxpayers,” said Acting IRS Commissioner David Kautter. “The IRS appreciates everyone’s patience during this period. The extra time will help taxpayers affected by this situation.”

If you need more than one extra day, remember that you can always receive a six-month extension by filing a form 4868, Extension of Time to File (downloads as a PDF). 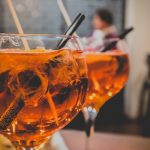 Which Records Do I Need To Keep After Tax Day?