The Internal Revenue Service (IRS) might have opened tax season on time this year, but tax season is proving to be anything but ordinary. Initial statistics show that, compared with the last filing season, taxpayers aren’t rushing to file their returns.

The IRS also reported a drop in the rate that individual income tax returns were processed in the first week. While a decline was perhaps not unexpected considering the challenges presented by the shutdown, the degree of the downturn might raise some eyebrows: 25% fewer returns were processed during the first week of tax seasons as compared with the same time last year.

And what about those tax refunds? Typically, taxpayers with simple tax returns who count on their tax refunds file early in the tax season. Congress touted their tax reform efforts as more simple for taxpayers, promising more money in taxpayers’ pockets. The first week of tax season isn’t quite bearing that out: In the first week, the IRS issued just 4,672,000 tax refunds as compared to 6,171,000 for the same period last year. That’s a drop of more than 24%. The total amount of tax refunds issued was just $8.713 billion, nearly $4 billion off of the same time last year. You can probably guess that the math works out to smaller average refunds for taxpayers, too: $1,865 per taxpayer compared to $2,035 for the same time period last year.

So what can you extrapolate from this data? To be fair, not a great deal. It’s still very early in the season. But the numbers are likely disappointing for lawmakers who hoped that bigger tax refund checks would bolster sagging approval ratings. 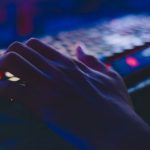 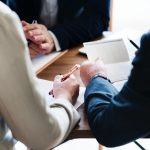 What You Need To Know About Refund Anticipation Loans