Life just got a whole lot better for some recent college graduates. During the 2019 commencement address at Morehouse College, self-made billionaire Robert F. Smith announced that he was paying the student debt for the entire class.

The gift is estimated to be worth $40 million. It was the second gift that Smith announced during the commencement ceremony. Smith, who received an honorary doctorate from the college, also made a $1.5 million gift to the school to be used for scholarships and the development of a new park. A spokesperson for Morehouse College called it the biggest single gift in the school’s history.

Smith is the chairman and CEO of Vista Equity Partners, a private equity group that invests in software companies. Smith is ranked at #355 on Forbes’ Billionaires 2019 with an estimated worth of $5 billion. He is, according to a 2018 issue of Forbes, the country’s wealthiest African-American (yes, even more than Oprah).

Smith’s generous gift means that the nearly 400 students in the Morehouse College Class of 2019 won’t have to scramble to pay back potentially tens of thousands of dollars worth of debt. Zack Friedman recently reported that there are 44 million borrowers who collectively owe $1.5 trillion in student loan debt in the United States. That makes student loan debt the second-highest consumer debt category in the country – more than credit cards and auto loans. Most students shoulder debt of between $10,000 – $25,000, but a whopping 2.5 million students owe more than $100,000 in debt.

With their debt now discharged, what happens to the students? Besides the yelling and screaming and sighs of relief, of course. What about the tax consequences? And here’s where the students get another break: I don’t think there are any.

You likely already know that winning a prize is similar to winning the lottery – and that means it’s subject to income tax. You can find the specific language in section 74 of the Tax Code:

Except as otherwise provided in this section or in section 117 (relating to qualified scholarships), gross income includes amounts received as prizes and awards.

And while this might feel like winning the lottery for the Class of 2019, it’s not. It wasn’t a promotion or a prize – the students didn’t enter any contests or play any games of chance. Instead, I believe it’s a gift.

The IRS defines a gift as “any transfer to an individual, either directly or indirectly, where full consideration (measured in money or money’s worth) is not received in return” based on the gift tax provisions found in the Tax Code beginning at section 2501. In the business, we like to say that gifts are given not for anything in return but out of “love, affection, respect or admiration.”

As for Smith? The annual gift exclusion amount for 2019 is $15,000 per person. That means that if the gifts were made directly to the students, Smith would be able to exclude $15,000 per student ($30,000 if he splits gifts with his wife, Hope). Gifts over that amount would typically be considered taxable gifts (meaning taxable to the donor). Some Morehouse students reported that they shouldered loans of close to $100,000, more than the annual exclusion amount – but it appears that won’t matter. When Smith told the class about the gift, he stated that “my family is making a grant to eliminate their student loans.” In other words, it sounds as though the funds are payable as a grant through the college which likely mitigates any gift tax consequences.

If Smith had paid the tuition of each student directly to the college as they went, that would have not have been considered a taxable gift. That’s because checks written directly to a qualifying educational institution for tuition or to a health care provider for medical expenses are not subject to the gift tax even if they exceed the annual exclusion. However, the educational exclusion is only for tuition and not for books, supplies, room and board, or similar expenses (those would be taxable gifts).

Without that generous gift, it would have likely taken the students years to repay the loans. Fortunately, as you pay back your loans, you may get something of a tax break: the student loan interest deduction. The deduction is an above-the-line deduction, sometimes called an adjustment to income, which means that you don’t have to itemize your deductions to claim the tax break. It’s worth up to $2,500 per return, not per taxpayer; the cap is the same for married couples as individuals. But it’s not for everyone: the deduction is subject to phaseouts which means that in 2019, the amount that you can deduct begins to decline when your modified adjusted gross income (MAGI) hits $70,000 ($140,000 for joint returns).

(You can find out more about the student loan deduction here and see the 2019 tax numbers here.)

And while the relief was granted to all of the students in the class without the need for them to do anything in return (again, the hallmark of a gift), Smith did have some expectations. “I know my class will make sure they pay this forward,” Smith told the students. “[L]et’s make sure every class has the same opportunity going forward because we are enough to take care of our own community.” 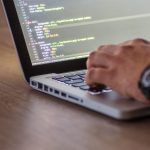 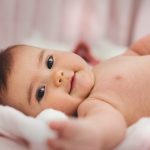 Here Are The Most Popular Baby Names Of 2018