This data reflects forms 1040 processed by the IRS on or before week 30 of each calendar year. It’s worth noting that while the total taxpayer returns processed from year too year are similar (141,156,150 for the tax year 2018 versus 140,456,686 for the tax year 2019), the kinds of returns may be different. Specifically, the returns which have not been processed include taxpayers who may have filed for an extension. Typically, taxpayers who file for extension are those with more complicated returns. For this year, that likely includes those who might have been waiting for state and local tax (SALT) or other Schedule A related guidance; that could translate into a slight uptick in taxpayers who also claim a charitable deduction.

(You can read more about the changes to Schedule A here.)

Some models took that behavior into consideration. Penn Wharton Budget Model (PWBM), a nonpartisan, research-based initiative at the University of Pennsylvania, estimated that “the TCJA will cause total charitable contributions to fall by about $22 billion in 2018.” This reduction, they explained, accounted for a 5.1% reduction in total charitable giving, and a 9.6% reduction in charitable giving reported on individual tax returns. This estimate, they claimed, was consistent and confirmed the estimates of other recent researchers (downloads as a PDF).

Will the downward trend continue? Probably. The standard deduction is slated to remain at its current levels, adjusted for inflation, through 2025. That means that the number of taxpayers who will itemize their deductions is not likely to change.

The more concerning question is whether taxpayers who did itemize for the 2018 tax year may choose to scale back their giving. The irony of lower tax rates is that they also make deductions less valuable. Remember, deductions are reductions in your taxable income (unlike credits which are dollar-for-dollar reductions to your total tax bill). So, when tax rates dipped, your home mortgage deduction was not subsidized as much as before; the deduction is smaller meaning that the after-tax cost of your home is higher. The same is true for other Schedule A deductions; for some taxpayers, a decrease in rates actually boosted the after-tax price of charitable donations. In fact, the Tax Policy Center had predicted that “the TCJA will reduce the marginal tax benefit of giving to charity by more than 30 percent in 2018, raising the after-tax cost of donating by about 7 percent.”

While it’s true that not all donors make their decisions based solely on tax, it’s clear that tax incentives do play a role in the decision to give as well as how much and how often to give. For donors looking to maximize the tax benefits of being charitable, it’s a good idea to check with your tax professional. You can also find some charitable giving tips here. 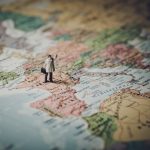