In an effort to make things easier for taxpayers and tax forms issuers, the Internal Revenue Service (IRS) is bringing back form 1099-NEC, Nonemployee Compensation. If that rings a bell, you’re showing your age: we haven’t seen this form since 1982.

The IRS initially announced the return of form 1099-NEC in August of this year. Now, we have an updated draft. Here’s what it looks like:

The form will replace parts of the everything-but-the-kitchen-sink form 1099-MISC, Miscellaneous Income, for some taxpayers. Ironically, form 1099-MISC was the form that replaced form 1099-NEC in the first place (is your head spinning yet?).

That was confusing for employers and taxpayers, and it was no less confusing for IRS systems and employees. The solution? Bring back form 1099-NEC to report non-employee compensation for independent contractors and freelancers.

Under the draft form, forms would be due to the taxpayer and the IRS by February 1 (I expect that might change to January 31 for the sake of consistency).

The form is expected to make its debut for the 2020 tax year, which means that you will still receive a form 1099-MISC for non-employee compensation (among other things) for the 2019 tax year.

You can view the draft form, which downloads as a PDF, on the IRS website. 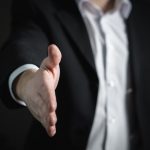 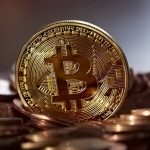