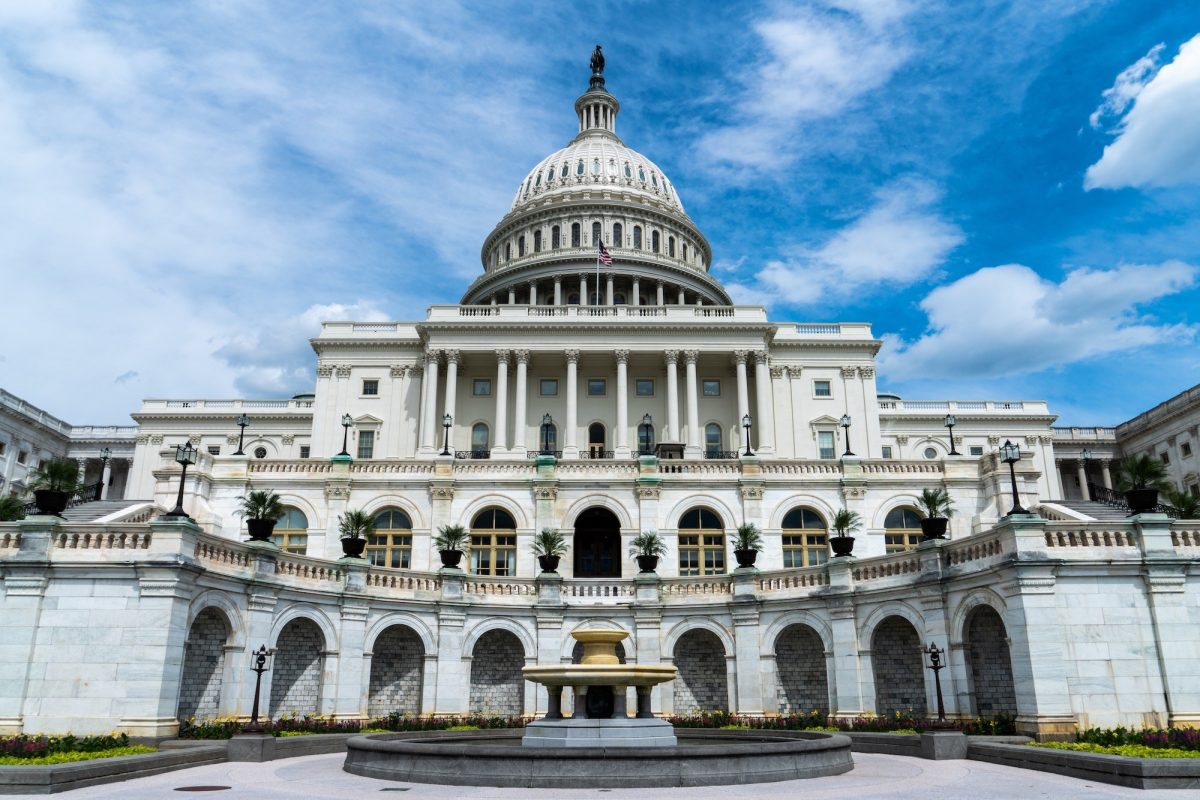 Last week, the Senate introduced what I described as “a massive bill” intended to provide direct economic relief in response to the COVID-19 pandemic. That bill didn’t move forward over the weekend. The House responded with “hold my beer.” The Senate version of the bill was 247 pages long. But the House Democrats’ version? It’s 1,404 pages long. Not a typo. 1,404 pages long.

The House version has been dubbed the “Take Responsibility for Workers and Families Act.” You can read it here (downloads as a PDF). But since you probably won’t – and neither will many members of Congress – follows are some of the highlights (settle in):

Spending. The first two hundred pages (or so) provide funding for various government agencies, including the Food and Drug Administration and the Bureau of Prisons, for coronavirus programs. In addition to paying the Architect of the Capitol and salaries for Senate Employee Child Care Center, the bill would provide additional funding for the Internal Revenue Service (IRS) “to prevent, prepare for, and respond to coronavirus.”

Paid Family Leave. The bill amends (and expands) the Family and Medical Leave Act (FMLA). The bill would apply to private and public sector employees, no matter the size of the employer. Employees who have been on the job for at least 30 calendar days would be entitled to take up to 12 weeks of job-protected leave to respond to the coronavirus. This would include self-quarantines and care for family members. Specifically, employees would be entitled to two full weeks of unpaid leave, and then receive a reduced benefit. Costs to employers would be offset by tax credits.

Paid Sick Leave. The bill would also provide relief for sick employees, again, regardless of the size of the employer. Specifically, eligible full-time employees would be entitled to two weeks of emergency paid sick leave to take care of themselves or family members.

Medicaid, Medicare, and Private Insurance. The bill would provide additional resources for Medicaid and Medicare. Among other things, tests for COVID-19 would be at no cost to those on Medicaid, Medicare, and private insurance. A special enrollment period would allow uninsured folks to get coverage through the exchanges, and would provide subsidies for those eligible for COBRA.

Unemployment. About a third of the way through the bill (whew), the House tackles unemployment. The bill would provide an “emergency enhancement” or temporary unemployment compensation (UC) of $600 a week for workers eligible for state or federal UC benefits; this would be in addition to regular state or federal UC benefits. Some coverage would also be made available to self-employed individuals, with reduced benefits payable to those entering the workforce.

Housing. This bill would temporarily ban landlords from filing evictions on most renters and would provide financial assistance to renters. Homeowners would be protected, too, with a ban on foreclosures and repossessions, as well as mortgage forbearance, for some time after the pandemic ends.

Debt Collection. Debt collectors would be barred from taking action, including suing in court, against consumers, small businesses, or non-profits for some time after the pandemic ends.

Student loans. Like the Senate bill, the House bill would also provide relief for student borrowers, including those with private loans.

Buybacks. On page 712 (!), we finally get to one of the provisions that reportedly stalled the original bill in the Senate: buybacks. Under this version of the bill, companies would be barred from making stock buybacks until the crisis has ended.

Restrictions on Aid. And on page 727 (!), the House includes language that was another sticking point. Under the proposal, corporations that receive federal aid under the bill would be subject to restrictions including limits on executive bonuses, bans on golden parachutes (excess compensation for executives with separation packages), stock buybacks (yes, again), dividend payments, and spending money on lobbyists.

Current Students. As in the Senate bill, the proposal would allow more flexibility for students who were unable to remain enrolled in school as a result of a qualifying emergency.

Voting. Much has been made of the voting provisions in the bill. The idea is to provide mechanisms for voting in federal elections during a state of emergency, public health emergency, or national emergency, including infectious disease. Considering that I’m trying to figure out how the self-quarantine will allow me to vote in my state primaries, I appreciate the idea. But did we need 60-some pages of voting legislation just now? The House felt that we did.

Aviation Industry Bailouts/Relief. Call it what you want, but the bill would offer relief for those in the airline industry, including airports and small community air service. Contrary to rumor, the bill does not extend similar assistance to the cruise industry (in fact, I believe the word “cruise” appears just once in the bill). On the consumer side, the bill would also prohibit price gouging and would require refunds during national emergencies. And yes, you’ve already seen the headlines, so you know there are environmental requirements which include mandating airlines who receive federal assistance to fully offset their carbon emissions starting in 2025.

Stimulus Checks. You and I both know why you’re really here, but the House makes you wait around for the goods. Stimulus checks don’t make an appearance until nearly 1,100 pages into the bill. Under the proposal, the government would provide an “economic assistance amount” to taxpayers. Checks would be more significant than in the Senate proposal, up to $1,500 per adult, or $3,000 for married couples filing jointly, as well as $1,500 per child (sorry, no more than three kids). That would make the base amount for immediate payments $7,500 for a family of five. Checks would start to phaseout for those earning more than $75,000 ($150,000 for joint returns and surviving spouses), but unlike the Senate proposal, there’s also an amount for a head of household: $112,500. Checks would be based on 2020 income even though we haven’t yet filed 2020 returns (it’s a head-scratcher). As with the Senate proposal, the check would be treated as an advance against a tax credit. Unlike the Senate proposal, you wouldn’t have to have earned income to get the checks: unemployed individuals still qualify. And as with the Senate bill, checks would not be subject to reduction, offset, or levy.

Earned Income Tax Credit (EITC) and Child Tax Credit (CTC). The proposal would tweak the requirements for the EITC, allowing young adults who are not students with no qualifying children to claim the credit. It would also remove the earned income piece from CTC calculations and boost the value to $3,000 with a more substantial credit ($3,600) for children under the age of six.

Net Operating Losses (NOL). Taxpayers and tax professionals can breathe a sigh of relief that NOL provisions made it into this proposal, too (NOLs are also addressed in the Senate proposal). This bill would allow businesses to carry back losses from 2018, 2019, and 2020 to the past five years. Restrictions would apply.

Payroll Tax Credit. Employers who hold onto employees during the pandemic would be eligible for a refundable payroll tax credit. The 80% credit would offset the employer’s share of Social Security taxes up to $10,000 per employee. Limitations apply, including limits on the number of employees (fewer than 1,500 employees) and a requirement that the employer demonstrate certain losses.

Filing Deadlines. As with the Senate bill, the House bill would push off the filing deadline for individual 2019 tax returns to July 15, 2020 – again, moot since the filing deadline was officially extended on March 20, 2020. This bill would also extend the due date for estimated payments for 2020 to October 15, 2020. In other words, there would be no need to write separate checks for the skipped April and July estimated payment dates if the proposal passes.

RMDs. I just wrote my Senators about this today (yes, really). I’ve received several emails from readers asking about temporary waivers of RMDs from retirement plans while markets are down. The House proposal would waive RMDs for 2020.

No Inclusion of Certain Over-The-Counter Medical Products As Qualified Medical Expenses. 1404 pages and nary a mention of menstrual care products. I only bring this up because I was perplexed (but I’m not gonna lie, not sorry) to see a provision in the Senate bill that would extend qualifying medical expenses treatment for menstrual products to MSAs, HSAs, HRAs and the like. That didn’t make it into the House bill.

No Charitable Contributions Provisions. Also not in this version? Language to move some charitable contributions above-the-line, or suspend the limits on cash donations for individuals. Both were in the Senate bill.

Other Matters. The bill does, however, finish up with about 50 pages of “other matters.”

As before, keep in mind that this is just a proposal – and it’s my first read of the bill (so please don’t send angry emails). It’s long: did I mention that? And it’s super, super dense. I slogged through as best I could. And here’s my takeaway: This isn’t getting through the House and the Senate. So, take this summary with a grain of salt and please (please) don’t run out and spend that stimulus check that you don’t yet have in hand.

Remember, this bill is in addition to HR 6201, Families First Coronavirus Response Act, which already passed in the Senate. The President signed the bill into law on March 18, 2020.

Clearly, things are happening at a rapid-fire pace these days. Keep checking back for details. 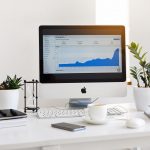 Don’t Count On The Home Office Deduction In 2020 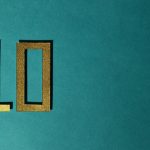