Last month, the Internal Revenue Service (IRS) announced that the tax filing season had been pushed to July 15, 2020. A few days later, the IRS issued guidance, making official the announcement tweeted by Treasury Secretary Steven Mnuchin (and subsequently retweeted by the IRS) that the due date for filing tax returns and making tax payments has been extended from April 15 to July 15.

The IRS subsequently made clear that IRS deadlines, which were pushed out, included certain estimated tax payments and contributions to IRAs. You can find a list of those extensions – and details – here.

Today, the IRS further extended deadlines, including two that were vexing taxpayers: first-quarter estimates and those 2016 refund deadlines:

Also, if you need even more time to file your 2019 tax return – beyond the July 15 deadline – you can request an extension (here’s how). Extensions filed using form 4868 will allow taxpayers to file on or before October 15, 2020, without penalty. That’s six months after the “normal” April 15 due date and not six months after the already-extended date. Remember that an extension to file is not an extension to pay. You should estimate your tax liability and pay any taxes owed by the July 15, 2020 (not April 15, 2020), deadline to avoid additional interest and penalties.

Finally, the IRS has also made clear that the extensions apply to Americans who live and work abroad, who now have until July 15 to file their 2019 federal income tax return and pay any tax due.

And as more tax updates become available, I’ll keep you updated. Keep checking back for details. 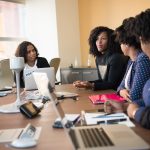 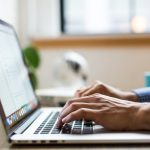