Break out those checkbooks: the Internal Revenue Service (IRS) has announced the annual Preparer Tax Identification Number (PTIN) fees for 2021. Fees are $21 fee per PTIN application or renewal, plus a $14.95 fee payable to a contractor. According to the IRS, the third-party contractor fee pays for several functions, including processing applications, renewals, and operating a call center.

All current PTINs will expire on December 31, 2020. If you don’t have a PTIN for the 2021 tax season, you may not prepare tax returns for compensation. If you don’t have a valid PTIN, you may be subject to section 6695 penalties, injunction, and disciplinary action by the IRS Office of Professional Responsibility.

Any tax professional who prepares or helps prepare any federal tax return, or claim for refund, for compensation must have a valid PTIN from the IRS. Some forms which are used for informational purposes, like forms SS-4 and 2848, are excluded, as well as specific information returns, like forms W-2 and 1099. You can see the entire list of excluded forms and returns here.

Taxpayers should avoid paid preparers who refuse to include a PTIN on a tax return. That might happen because the paid preparer isn’t eligible for a PTIN or because they don’t want to be responsible for the return. Either way, it’s bad news. Those who set up shop and refuse to get a PTIN are sometimes called ghost preparers or black market preparers (for more, click here). Seek out a competent tax preparer who will answer your questions and sign your tax return. You can also check the IRS public directory to find a listing of preparers in your area who currently hold professional credentials recognized by the IRS or who hold an Annual Filing Season Program Record of Completion.

The IRS estimates that more than 800,000 tax return preparers will apply for or renew a PTIN this year.

If you thought that the IRS had stopped charging PTIN fees, you’re right. There’s some history there. The IRS did try to regulate tax preparers, and the matter did go to court. In Loving v. IRS, 742 F.3d 1013 (D.C. Cir. 2014), the IRS’ efforts to license preparers were struck down, but the PTIN rules stuck.

(You can find out more about Loving here.)

Shortly after the ruling, a class-action suit was filed on behalf of tax professionals who paid PTIN fees before the Loving verdict. Those tax professionals alleged that they should not have been required to pay the fees. The court agreed, ruling that the IRS could require the use of PTINs but could not charge fees for them “because this would be equivalent to imposing a regulatory licensing scheme and the IRS does not have such regulatory authority.” In the ruling, the IRS was barred from charging PTIN fees and ordered to provide a full refund of all PTIN fees paid – worth more than $175 million.

(You can read about the class action suit here.)

The IRS, of course, appealed, and the matter went back to court. It was argued in the United States Court of Appeals for the District of Columbia Circuit on May 11, 2018. While the case was pending, the IRS did not charge PTIN fees.

In 2019, the court ruled that the IRS does have the authority to charge PTIN fees (Montrois, No. 17-5204 (D.C. Cir. 3/1/19)). In the ruling, the court vacated the district court’s opinion, which means that the lower court’s judgment is no longer valid. That opens the door for the IRS to reinstate those PTIN fees – which they did. It also means, for now, no PTIN refunds. The case is ongoing.

(You can read the opinion as a PDF here.)

You can read the final regulations setting the fees – slated to be published on July 17 – here. 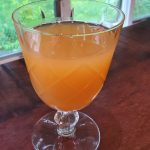 What It Means To Be A Dad While Working In Tax

Wrapping Up A Long Tax Season: What We’ve Learned

Women In Business: The Road To The Top Of The Tax Profession