In March of 2020, the Senate passed the Coronavirus Aid, Relief, and Economic Security Act or the CARES Act. It was bigger than the original Senate proposal but smaller than the subsequent House proposal. Eventually, the two reconciled and the CARES Act became law.

In May of 2020, the House introduced  and passed a new COVID-19 economic relief proposal. The bill, known as the Health and Economic Recovery Omnibus Emergency Solutions Act, or HEROES Act, was not taken up by the Senate. At the time, Senate Majority Leader Mitch McConnell (R-KY) suggested that the timing was not right for another bill. But with just a few days to go before federal unemployment benefits run out, that appears to have changed.

You might be looking for the “HEALS Act” (Health, Economic Assistance, Liability Protection, and Schools Act) being put together under Sen. McConnell’s watch. So far, there is no single bill, but rather a series of proposals. Various committee chairs have drafted their proposals and introduced them separately on the Senate floor. Forbes AdvisorSecond Stimulus Check Calculator: HEALS Act

This article focuses on the American Workers, Families and Employers Assistance Act introduced by Sen. Chuck Grassley (R-IA) targeting well, workers, families and employers assistance. It’s a much smaller proposal than the full CARES Act (and the HEROES Act), weighing in at just 168 pages – but remember, it’s just a piece of the overall package. A supplemental proposal, led by Sen. Marco Rubio (R-FL) and Sen. Susan Collins (R-ME), tackles the Paycheck Protection Program (PPP) and business tax incentives (you can read about it here).

Unemployment Benefits. The $600/week federal supplement for unemployment is slated to end on July 31, 2020, under the CARES Act. The House HEROES Act would extend it through January 31, 2021, and expand other unemployment-related benefits. The Senate proposal would continue payments up through October 5, 2020, but at a reduced rate of $200/week. However, beginning in October, under the Senate bill, the payments would increase so that, when combined with the state unemployment payment, it would represent 70% of lost wages. If an individual state cannot bring the total to 70%, the state can suggest an alternative and get a waiver from the Secretary of Labor. Also, beginning in October, the additional payment would be considered income for determining eligibility for other benefits.

State Funding. The proposal would provide funding to reimburse states for 80% of their increased costs of providing cash assistance and other short-term help through the Temporary Assistance for Needy Families (TANF) program, up to a cap of $2 billion. TANF provides families with financial assistance and related support services. State-administered programs may include childcare assistance, job preparation, and work assistance.

Stimulus Checks. Under the CARES Act, U.S. citizens and residents with adjusted gross income up to $75,000, or $150,000 for married couples (subject to phaseouts), who are not a dependent of another taxpayer and have a work-eligible Social Security number (SSN), were eligible for stimulus checks worth $1,200 per adult and $500 per dependent. As before, there is no “bottom,” so those folks who have no income are eligible. And as before – but in breaking with the HEROES Act – anyone with an ITIN is ineligible; any person with an SSN married who files jointly with a person who has an ITIN remains ineligible. The Senate proposal largely mirrors the CARES Act with some exceptions:

Payroll Tax Credits & Deferrals. Employers would be allowed a payroll tax credit equal to the applicable percentage of the qualified pandemic-related employee benefit expenses. The amount allowed as a credit under the Employee Retention Credit (ERC) is 50% of wages. The Senate proposal would boost that to 65% (as compared to 80% in the HEROES Act), and the $10,000 cap for all quarters would be increased to $10,000 per quarter, with a cap of $30,000 for the year (the limit was $45,000 in the HEROES Act); phase-ins would also apply for the credit reduction. A similar credit would apply to self-employed persons, but at the other end, the credit was figured differently for employers with more than 100 full-time employees: the Senate proposal would boost that cap to 500. Under the HEROES Act and the Senate proposal, a credit would be allowable for fixed expenses. Payroll tax deferrals would be allowed for recipients of Paycheck Protection Program (PPP) loans so long as there is no double-dipping.

Work Opportunity Tax Credit (WOTC) Addition. The WOTC credit is available to employers who hire individuals from certain targeted groups who have consistently faced significant employment barriers. Those targeted groups currently are TANF recipients, qualified veterans, qualified ex-felons, designated community residents; vocational rehabilitation referrals; SNAP recipients, SSI recipients, long-term family assistance recipients, and qualified long-term unemployment recipients. The Senate proposal would add a new group: 2020 qualified COVID-19 unemployment recipients. A 2020 qualified COVID-19 unemployment recipient is defined as someone who had been receiving unemployment compensation before the hiring date and who begins work after the date the bill becomes law (if it happens), but before January 1, 2021. The Senate proposal also increases the credit amount applicable to the new targeted group to 50% of the first $10,000 of qualified first-year wages (for most target groups, the maximum wages that are eligible for WOTC credit are $6,000, and the credit is 40%).

Safe & Healthy Workplace Tax Credit. The Senate proposal would introduce a new, refundable payroll tax credit equal to 50% of an employer’s “qualified employee protection expenses” for the period beginning March 12, 2020, and through January 1, 2021. Those expenses would include COVID-19 testing, protective personal equipment (PPE), cleaning supplies, qualified workplace reconfiguration expenses (like those plexiglass shields that are popping up), and “qualified workplace technology expenses (like contactless point-of-sale (POS) systems). The expenses would be capped each quarter based on the average number of employees: $1,000 for each of the first 500 employees, plus $750 for each of the next 500 and 1000 employees, and $500 for each employee over 1,000. Self-employed persons would also qualify.

Temporary Carryover For Flexible Spending Arrangements (FSAs). Mirroring relief found in the HEROES Act, the Senate proposal would allow taxpayers to carry amounts from FSAs forward into 2021. This would apply to FSAs for health care and dependent care.

State Tax Certainty. One of the concerns raised during the pandemic was how to assess state and local taxes for workers working remotely. The Senate proposal would allow employees who perform employment duties in multiple states to only be subject to income tax in their state of residence and any jurisdiction where the employee is present and performing employment duties for more than 30 days during the calendar year (90 days for frontline health-care and other workers). This provision would apply through 2024. And sorry, Phillies, this won’t apply to professional athletes, professional entertainers, qualified approved film, television or other commercial video production employees, or certain public figures.

And that’s it. You can read the text of the Act here (downloads as a PDF). It’s short, right? Well, relatively speaking for a stimulus package… But expect it to “bulk up” – those other proposals will eventually be rolled together.

Please be mindful that this is NOT YET LAW. There hasn’t even been a vote in the Senate. Don’t spend that stimulus check before it’s in your pocket (or bank account).

Keep checking back for details.

Senate Funding Is About More Than COVID-19 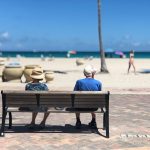 Taxes From A To Z 2020: R Is For Required Minimum Distributions

How To Save (And Spend) A Lump Sum Of Money, Including Your Stimulus Check