Let’s talk about audits. I know, they can be scary, but they’re in the news a lot right now, thanks to the New York Times series focusing on President Trump’s taxes. As a result, questions about audits top the list of questions you’re asking. So let’s clear up a few things.

What are my chances of being audited?

Pretty small, actually. According to Internal Revenue Service (IRS) data, for all returns filed for tax years 2010 through 2018, the agency examined 0.60% of individual returns and 0.97% of all corporation returns. In fiscal year 2019 – the last year for which data is available – the IRS audited 680,543 individual tax returns – or about .4%. That works out to about one out of every 250 taxpayers.

You have better odds of getting into Harvard or meeting your partner on a blind date (yes, really).

Can I get audited even if I didn’t do anything wrong?

Yes, because even though some audits are targeted (more on that in a moment), a handful are random. But even those aren’t truly random: returns may be selected based on a formula where your returns are compared against “norms” for similar returns. If your return looks out of the ordinary, you could be pulled for examination even if your return is ultimately deemed to be flawless.

The good news is that most taxpayers are doing the right thing: the estimated voluntary compliance rate is 83.6%.

Can I avoid an audit even if I did something wrong?

Also yes. Consider the law of averages. Maybe that lucky penny in your pocket. Or being born in the Year of the Rabbit. But mostly, it’s because the IRS is largely lacking resources. The agency’s budget in 2018 was about 20% less than it was in 2010, adjusted for inflation. The IRS has also lost nearly 30,000 full-time job positions over that time period (for context, the IRS currently has about 78,000 on staff). According to the agency, “These losses directly correlate with a steady decline in the number of individual audits during the past nine years.”

Why would I be audited?

Outside of random audits, there are a few common triggers, including:

(You can find some tips for avoiding those kinds of mistakes here.)

Do I get a pass if my tax return is simple?

Sadly no. In fact, statistically, the working poor – who likely file a very simple return – has an audit rate comparable to the top 1% of taxpayers. As a practical matter, audit returns for lower income taxpayers tend to focus on the Earned Income Tax Credit (EITC).

Is it true that the President gets audited every year?

Yes, the President and the Vice President are audited every year. And they have former President Nixon to thank: mandatory presidential audits date back to the Watergate era. It’s actually an administrative rule, and you’ll find it in the Internal Revenue Manual.

Nixon was audited twice by the IRS, the second time settling with the agency in 1974 and paying $465,000 in back taxes ($2,451,559 in today’s money) after paying almost nothing in taxes over three years. Then Vice President Agnew ending up resigning in 1973 after pleading no contest to a single (felony) charge of tax evasion. As with many criminal tax investigations, the charge was not singular: the plea was in exchange for dropping of charges of political corruption, including allegations that he accepted bribes.

For the sake of clarity, audits for the President and Vice President are contemporaneous. Prior returns are not pulled for mandatory audit: if those are under examination, it’s for something not related to this provision.

Are White House audits just like those for ordinary taxpayers?

Not by a long shot: there are all kinds of quirky procedural changes although the audit techniques are the same. Here are some of the more interesting rules:

How does an audit work?

There are two kinds of audits: in-person (face-to-face) and on paper (by mail).

Most folks have heard of in-person audits, but on paper audits are actually much more common: over 80% of audits of individual returns are conducted by mail. That typically starts with a letter requesting information about items on your tax return. If you have too many books or records, or you’d prefer to argue your case in person, you can request an in-person audit.

An in-person audit is sometimes called a field examination. Even though it’s face-to-face, it also begins with a letter. The instructions (what the IRS wants and where the examination will happen) will be in the letter.

How far back can the IRS audit?

The IRS can typically audit returns within three years from the due date of the return or the day you actually filed your tax return, whichever is later: that’s the statute of limitations for most returns. However, if you substantially understate income (generally, by more than 25%), the IRS can audit up to six years of returns.

If you file a false or fraudulent return or are willfully attempting to evade tax, the statute doesn’t run at all, which means you can be audited at any time. Ditto if you fail to file a return.

Do the same kinds of auditors get assigned to my tax return as they would, say Trump or Warren Buffett?

Nope. Unless you’re also wealthy. There is a so-called “Wealth Squad” (which is a lot easier to say than its official name, the “Global High Wealth Industry Group of the IRS Large Business and International Division”) created by the IRS in 2010 to focus audits of high-income/high-wealth taxpayers like Buffett and Trump.

What does the IRS look at in an audit? Can they look at my bank accounts? Business records?

Once it starts, how long does the IRS have to finish the audit?

The IRS can’t audit your returns forever. If the IRS doesn’t resolve the issue by the end of the statute of limitations, they’re done. That’s true even if the IRS had discussed a tax adjustment with you before the statute had expired.

It feels like you’d always want to wrap up an audit as quickly as possibly, but that’s not always true. Sometimes, there’s an advantage to extending the time. If you think that you might be able to reach a settlement, you might sign the consent to buy a little more time. You might also do it to keep the matter out of court since you have a limited amount of time to file in court after receipt of the notice.

There are two kinds of consents: fixed-date and open-ended. A fixed-date consent is exactly what it sounds like: there’s an expiration date. It’s the most common and can be renewed as needed (so long as both sides agree). An open-ended consent keeps the statute running indefinitely: as you can imagine, you don’t see those very often.

If you don’t sign the consent, the IRS can go ahead and issue its findings with a Notice of Deficiency. Once that happens, the clock starts running again on your options which typically mean heading to court if you don’t agree.

Not necessarily. I’ve had taxpayers sail through audits involving multiple years and multiple entities – even with interests in other countries – while more simple returns have been held up for additional questions.

It’s not the size of the return that matters, but typically the focus of the audit and the available documentation. Great documentation almost always wins the day.

What happens when the audit is over?

There are three possible outcomes:

Can an audit be criminal?

An IRS audit is a civil matter. But an auditor may be tipped off or on the lookout for indicators, sometimes called “badges of fraud.” Those include hiding assets, not reporting sources of income, claiming business expense deductions for personal expenditures, keeping more than one set of books (yes, I’ve sat through an audit with two sets of books), and submitting false documents.

While there technically isn’t a criminal audit, if an auditor gets the sense that something is criminal, the case can be referred to Criminal Investigations (CI).

It’s important to understand that prosecutions are rare for something simple like failure-to-pay, especially if it’s non-willful. Referrals will typically be made for tax crimes like tax fraud or concealing foreign assets. Related charges may involve other non-tax crimes, like money laundering, public corruption, and wire fraud.

If CI determines that you should be prosecuted, the matter goes to the Department of Justice, Tax Division (for tax investigations) or the U.S. Attorney (for all other investigations). There are only about 3,000 criminal prosecutions each year from CI. 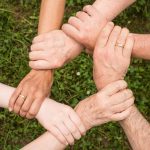 Tax Whistleblowers: The Ins And Outs Of Reporting Tax Fraud