If you’ve been reading the news, you know that there is some controversy surrounding the recent stimulus/spending bill passed by Congress.

(You can read my summary of the complete bill here, and you can find more detailed information about stimulus checks here and PPP here.)

It hasn’t yet been signed into law. Here’s what you need to know.

On Sunday, December 20, 2020, Congress reached an agreement on the stimulus package. The House voted on the measure on Monday, December 21, 2020, where it passed by a vote of 359-53. The Senate voted on the measure just before midnight, where it passed by a vote of 92-6. That same day, Treasury Secretary Mnuchin went on a morning talk show to promise that stimulus checks would start showing up in bank accounts next month.

Mnuchin even took to Twitter on Tuesday, December 22, 2020, to praise the bill.

That same day, those close to the President, including White House spokesperson Ben Williamson, signaled that the President was expected to sign.

Only that didn’t happen. The President called the bill “a disgrace” and suggested that he would not sign unless the stimulus checks – which were slated to be an additional $600 per person – were increased to $2000 per person, and “wasteful spending” was removed from the bill.

He posted a video to Twitter with his comments. You can watch it here:

In the video, he says, “I am also asking Congress to immediately get rid of the wasteful and unnecessary items from this legislation, and to send me a suitable bill, or else the next administration will have to deliver a COVID relief package, and maybe that administration will be me.”

House Speaker Nancy Pelosi immediately responded on Twitter, saying that Democrats could vote (as soon as Thursday) to approve the checks:

If you’re wondering about that language, initially, stimulus package discussions did not include Senate Majority Leader Mitch McConnell in a leadership role. Before the election, the negotiations were largely between Pelosi and Mnuchin: the $600 amount was reportedly Mnuchin’s proposal. An earlier proposal by the House in May would have increased the checks to $1,200 each – the same as before – but the GOP-led Senate was concerned at the time that the amount was too big and did not take up the bill. However, the Senate proposal in July did include $1,200 checks.

President Trump raised the idea of larger checks last Thursday, while negotiations were ongoing. That amount did not appear in the final bill because of opposition, largely in the Senate and from Mnuchin.

So Why Is All Of That Other Stuff In The Bill To Begin With?

There are a few things going on.

First, this is not just a stimulus bill: it’s also an appropriations and extenders bill.

Unfortunately, Congress tends to kick the can down the road until close to the deadline. If there’s still no budget, the government can’t operate, so Congress passes a series of what’s called continuing resolutions, or CRs, in the meantime to keep funding going. If there’s no budget and no CR, then the government will shut down. We barely avoided a shutdown in 2014, again in 2015, and in 2016. The government did shut down in 2018 (for three days) and 2019 (for 35 days, the longest in our history).

That’s what happened here. The budget did not pass before October 1, so we’ve been keeping the lights on in government through a series of CRs. The most recent approvals are slated to run out on December 29, 2020.

So rather than negotiate several bills, Congress created one monster bill. It includes our normal appropriations bill (yes, that level of spending, including foreign aid, is in every bill, every year). It also includes a tax extenders bill – that’s when Congress extends expiring tax provisions. And it includes the stimulus package.

It feels like it would be easy to just make a quick amendment, right? That’s what Trump and Pelosi have suggested. But it’s actually not that easy.

To get it done quickly, it would require unanimous consent in the House and the Senate. Remember those votes? Originally, 128 House members voted no. And six members of the Senate voted no. A unanimous vote in both chamber is unlikely to happen.

That’s especially true because of the cost. The payments already cost roughly $170 billion. Increasing them would add nearly $375 billion, bringing the cost of the direct checks to over half a trillion. Many fiscal conservatives will not want to see that level of spending in the bill – especially because it would topple the $1 trillion mark, which was the unofficial cap for many.

And what about the “wasteful spending” in the bill? While it’s true that there’s a lot of pork – there always is – it was negotiated between Democrats and Republicans during the year. Agreeing unanimously on those changes is unlikely.

Some taxpayers have also suggested bifurcating the bill. That sounds like an easy task, but it’s not. That would likely send Congress back to the drawing board on both, delaying the budgets and checks.

The votes should be there, based on the original votes, to override a veto. And the Senate was already prepared to vote on the President’s proposed veto of the defense spending bill on December 29, 2020. So, what’s another veto override vote?

For one thing, the President hasn’t actually vetoed the stimulus/spending bill yet. He hasn’t even used the word veto. He’s just suggested that he won’t sign.

Typically, a veto happens when the President returns the bill to Congress, usually with an explanation attached. If there’s no veto, for the bill to become law, it needs to be signed by the President. If the President doesn’t sign it with ten days – and Congress is in session – it also becomes law.

However, if the President refuses to sign the bill while Congress is adjourned, he clearly can’t return it: that’s a pocket veto and Congress cannot override it.

Second, it’s politically delicate. The Senate does not want to increase the cost of the bill, but they are also mindful that bigger checks are something that many Americans want. In another election year – the Georgia runoffs are still to come – this could be problematic.

Finally, the veto process would likely take weeks. That would delay checks and shut down the government – a dicey prospect with tax season coming.

So What Comes Next?

To be honest, I’m not sure. The President is not expected to remain in DC for negotiations: his schedule has him traveling to Mar-a-Lago today (Wednesday).

I’ll let you know when there are further developments.

Where Can I Find Out More?

I’m posting regular updates on my Facebook page, and it’s been a great conversation. Come join us! 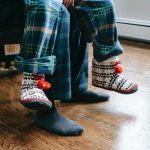 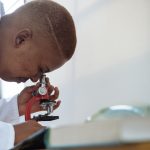