Earlier this summer, ProPublica made waves when it published what it said was verified IRS information showing that billionaires like Jeff Bezos and Warren Buffett pay little in income tax compared to their massive wealth. ProPublica described the info as “an unprecedented look inside the financial lives of America’s titans.” The article caused quite a stir, both because of how they got the data and the larger discussion regarding wealth and taxes.

Recent discussions of taxing the rich or even proposing a wealth tax have sparked plenty of philosophical conversations–but what would that realistically look like for America’s uber-wealthy?

On today’s episode of the Taxgirl podcast, Kelly is joined by Steve Rosenthal to chat about tax and wealth and how they intersect. Steve is a senior fellow in the Urban-Brookings Tax Policy Center at the Urban Institute, where he researches, speaks, and writes on a range of federal income tax issues, with a particular focus on business taxes. In 2013, he also was the staff director of the DC Tax Revision Commission.

Before joining Urban, Rosenthal practiced tax law in Washington, DC, for over 25 years, most recently as a partner at Ropes and Gray. He was a legislation counsel with the Joint Committee on Taxation, where he helped draft tax rules for financial institutions, financial products, capital gains, and related areas. He is the former chair of the Taxation Section of the District of Columbia Bar Association.

Listen to Kelly and Steve talk about billionaires and taxes:

Kelly Phillips Erb created and hosts the Taxgirl podcast, your home for tax news, tax info, and tax policy. In each episode, she shares conversations about taxes, money, and the choices we make. Kelly is a tax attorney who works with taxpayers and tax practitioners like you every day. She helps folks out of tax jams, and hopefully, keeps others from getting into them. 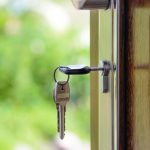 What To Know About Taxes When Buying & Selling Real Estate 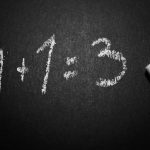 Businesses Can Save Big with ERC Pandemic Relief