The employee plans division of the Internal Revenue Service (IRS) has hired two law student interns this year, the first time ever for this division. If all goes well, the plan may be expanded.

The IRS points out that law interns have worked in other parts of the IRS in the past. This is true. Count me as one of them. I interned at the Philadelphia office of the Estates Tax Audit Division in my final year of law school. Talk about getting some hands-on training…

In this economy, this is a great opportunity for these students. As the IRS points out, it’s the best place to get exposure to the whole regulatory process, from the legislative start to the implementation of regulations in the field. You can’t get that kind of experience at any law firm.

The IRS is hopeful that this program might lead to further recruiting for the Service. I wouldn’t be surprised. In terms of IRS attorney positions, competition is tough – and in this economy, I’ll bet it’s even more difficult. When I was at IRS, we were told very frankly that the IRS basically tosses any resumes for the tax attorney positions from those without an LLM Taxation.

It appears, though, that the positions which the IRS hopes to woo may not be “attorney” jobs per se. The Service is already looking for revenue agents and tax law specialists. Agents who serve in such positions may have a law degree, but not all positions require one.

This is such a step in the right direction for the IRS. Rather than continue a culture of government employees getting government jobs, why not start poking around more in the private sector? Getting students enthusiastic about working for the IRS in law school will go a long way towards building up the pool of talent at the IRS. Maybe more tax students will see it as a first step rather than a last resort… 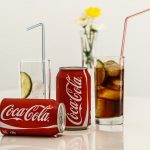 What Do Taxpayers Really Think About A Soda Tax?

Fix The Tax Code Friday: Bailing Out The Government

How to Start Your Tax Career: Top Tips from a Senior Tax Reporter

Lawyering, Media & How Taxes Can Be Fun