The IRS is fighting back on the cell phone issue – only someone forgot to call their PR person first.

As blogged earlier, the IRS has asked for feedback on its proposal to set more specific rules for the taxation of personal use of cell phones. The current rules require the entire “value” (whatever that means) of the cell phone to be reported as income to the employee unless the employee can provide records which justify a personal/business split.

Employers have fired back that phones have been provided for the convenience of the employer, not the employee, much like a landline and it would be impossible in some cases to distinguish between personal and business usage. In particular, bundled plans or unlimited minutes packages would not be affected by personal calls – from a cost perspective, the employer pays the same amount for the entire service whether it’s used for personal use or not.

Employees have expressed concern over the idea that they may be taxed on something beyond their control. If the phones are distributed as a condition of the job, and the employee uses it solely for business use, under at least one of the provisions of the IRS’ proposal, the employee would have to report a percentage of the bill as income.

The IRS has retorted that this is not about the employees but a clarification for the employer.

I’ll grant them that the old rule is confusing and overbroad. So fixing it is a good thing. But why not eliminate it altogether?

The IRS has even gone so far as to claim it has been approached by some businesses wanting it clarified to make it easier to have employees pick up the tab for their personal calls. Really? And which businesses are those? Right.

I don’t think that it’s escaped notice that the economy in 1989 (when the cell phone rule was first enacted) was eerily similar in many ways to today’s economy: shaky global currencies, government bailouts, banking crisis… The IRS was looking for more money then and it’s looking again now.

No, I’m not happy about the prospect of taxing personal cell phone usage, but let’s call a spade a spade: this isn’t about helping anyone out, it’s about bringing in more money. 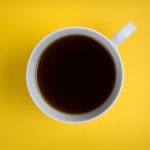 What’s Next, A Tax On Each Sip Of Office Coffee?