A Beginner’s Guide To Filing Taxes: Do I Have To File A Tax Return?

Tax season can be intimidating for seasoned pros, not to mention the fear it strikes into the hearts of newbies. To help you out (and inspired by the smart and savvy @samsharf), I’ve put together a series on getting started with your taxes.

Even if you’re not a newbie – maybe you’ve done your own taxes for years or maybe you have a tax pro who does your taxes for you – there might be a tip or two for you here, too. Since 2001, Congress has made nearly 5,000 changes to the Tax Code bringing it to nearly 4,000,000 words. That’s a lot to take in. It’s constantly changing. And nobody – not even Nate Silver – can know everything.

But this series is intended to give you the basics. We’ll start with the very basic of basics: do I have to file?
Not every person who received income in 2012 has to file a federal income tax return. There are a number of factors that affect whether you have to file including how much you earned – and the source of that income – as well as your filing status and your age. For most folks, this is pretty straightforward. You will choose your filing status (if you’re confused about this, I’ll have more on this later in the series), your age, and your gross income.

You may also have to file for other reasons. The most frequent reason for filing a federal income tax return even when you don’t meet the criteria above is for self-employed persons: those who are self-employed must file a federal income tax return if net earnings are at least $400. Other reasons to file include when you own special taxes like the alternative minimum tax (AMT), household employment taxes, taxes on retirement accounts or Social Security, and Medicare tax on tips you did not report to your employer or on wages from an employer who did not withhold those taxes.

Even if you’ve determined that you don’t need to file a tax return this year, you may still want to file to take advantage of tax breaks and credits that might be available. You might be entitled, for example, to a refund for excess withholdings. You might also be able to claim a refundable credit such as the earned income tax credit (EITC). Refundable credits mean that you are entitled to a refund if the amount of the credit exceeds your own tax liability. Other examples of refundable credits include the additional child tax credit and, within limits, the American Opportunity Credit for students.

Most taxpayers fall pretty neatly into one of these categories. If you think your situation is a bit out of the box, it’s usually best to err on the side of filing (you definitely don’t want a letter from the IRS saying that you should have filed).

It’s also important to consider that these are the federal rules. The rules for your state might be very different. They are quite inconsistent, for example, with the rules in my own state of Pennsylvania: we have no personal exemption and thus, taxpayers are subject to tax at the first dollar. It is possible, then, that you might have to file a state (or local) income tax return even if you are exempt from federal income tax.

As always, if you have questions, ask for help. There are a lot of great resources out there. Most software packages have an interview interface that can walk you through your situation – but remember that those are only as good as your answers. For the best results, consult with a tax professional or call the taxing authorities (for IRS, call 1.800.829.1040 and for state, call the Department of Revenue). 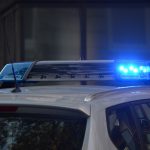