Today is Dr. Seuss’ birthday. Theodor Seuss Geisel, or Dr. Seuss as he is known to most of the world, was born on March 2, 1904.
I’m a big fan of Dr. Seuss. I love his silliness, the twists and turns of his language, and the magic of his words. He said, about his writing:

I like nonsense, it wakes up the brain cells. Fantasy is a necessary ingredient in living, it’s a way of looking at life through the wrong end of a telescope. Which is what I do, and that enables you to laugh at life’s realities.

One of those realities for grown-ups is taxes. For the last couple of years, I’ve mixed a little tax in with my Seuss. You can see my efforts from 2012, 2013 and 2014 here.
This year is no different. Follows is my rewrite of “Oh, The Places You’ll Go!” I hope you enjoy “Oh, The Taxe You’ll Pay!”

Congratulations!
Today is your day.
You’re off to pay taxes!
You’ve got money to pay!
You have cash in the bank.
You have funds in your purse.
But hold on tightly
Because things will get worse.
You’re on your own. And you know what you know.
And YOU’RE in big trouble without a tax pro.
You’ll look up and down forms. Look ’em over with care.
About some you will say, “I don’t know what goes there.”
With your cash in the bank and your funds in the purse,
you’re too smart to wait until things become worse.
And you may not find taxes
you’ll want to pay now.
In that case, of course,
you’ll ponder on how.
To pay what you owe,
without causing a row.

You can pay over time
and frequently do
with tax bills this big for
people like you.
And then you pay interest,
And fees to pay late,
But go right along.
And file on that date.
OH!
THE TAXES YOU’LL PAY!
You’ll file a 1040!
You’ll make estimates, too!
You’ll file state returns,
(Or sometimes you do).
You might owe local because everyone – heck –
wants a piece of whatever you have in your check.
Wherever you work, you will pay them a share.
Of whatever you make, even though it’s not fair.
Except when you don’t.
Because, sometimes, you won’t.
It doesn’t happen often
but occasionally true
that exclusions
and exemptions
can apply to you.
You may catch a tax break
with a careful deduction.
And the result on your form.
Is a nice fat reduction.
And you’ll pay less in tax
which makes you won’t fret –
but hold onto your hat,
you’re not quite done yet.
When figuring your credits,
you’re not in for much fun.
Cause qualifying for those
is not easily done.
You will come to a spot where the forms have you confused.
The instructions are light and you feel mostly abused.
A place you could swear all the swears that you know!
Do you dare to stop now? Do you dare to just go?
How much can you pay? How much can you owe?
And IF you file now, use paper or e-file …
or file an extension? Perhaps in awhile?
Or print it all out and review over time?
Simple it’s not, I’m afraid you will find,
to choose the best option when you feel in a bind.
You can get so confused
that you’ll break into a sweat
you’ll begin to freak out, and you’ll start to fret
and worry for hours and then I’ll just bet,
you’ll start to think of your crazy big debt.
A massive debt…
…for people just paying.
Paying for the President,
for Congressmen and government,
And those with their own political bent.
Or spendy-spenders who have overspent,
Or the paying out again what’s just been lent,
or paying out just one more cent.
Everyone is just paying.
Paying for the IRS,
or paying for the USCIS,
or paying around for DHS,
or paying, perhaps, for a new highway,
or an overpass, or a new byway,
or a new windmill, or alternate source
of energy that perhaps just wasn’t your choice.
Everyone is just paying.
NO!
That’s not for you!
Somehow you’ll escape
The nonsense they’re saying.
You’ll find better uses
For the cash that you’re paying.
With receipts on your desk,
And tax forms piled high!
Ready for anything under the sky.
Ready because you’re that kind of a guy!
Oh, the taxes you’ll pay! More checks to be written!
To pay for extras with which Congress is smitten.
And all the great things you can do with your cash,
will disappear quickly as quick as a flash.
Mad! You’ll be so mad, as mad as can be,
As you watch the debt numbers pop up on TV.
Except when they don’t,
Because, sometimes they won’t.
I’m afraid that sometimes
you’ll owe more than your share.
Bills you must pay,
Because some just don’t care.
More taxes!
Whether you like it or not,
Taxes will be something
you’ll pay quite a lot.
And when you owe taxes, there’s a very good chance
you’ll get letters that scare you right out of your pants.
There are some scary tax bills between hither and yon,
that can scare you so much you won’t want to go on.
But on you will go,
though the tax bills be steep.
On you will go,
with nary a peep.
On you will go,
though the interest will creep
Onward up many
a frightening sum,
and your bill grows so huge
that you might feel quite dumb.
On and on you will press,
And I know you’ll press hard
and settle that big tax debt
by check or by card.
You’ll get mixed up, of course,
as you already know.
You’ll get mixed up
with many new rules as you go.
So be sure when you step.
Step with care and great tact
and remember the most recent Tax Revenue Act.
Just never forget the proper due date
And never file your tax paperwork late.
And will you succeed?
Yes! You will, indeed!
(98 and 3/4 percent guaranteed.)
KID, YOU’LL FILE RETURNS!
So…
be your name Hillary, Marco or Donald,
or George or Barack or Carly or Ronald,
You have to file returns
on the designated day!
Your taxes are waiting.
So…get ready to pay!

Figuring Out Taxes, Pay And More On Leap Day: Are You Working For Free Today? 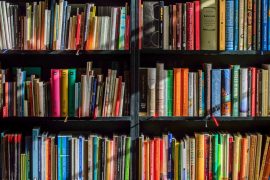 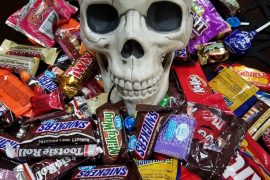